A Darkness into Light walk. / SUR

On Saturday 7 May, more than 580 people took part in the various Darkness into Light charity walks across the Costa del Sol and Gibraltar. The walks begin before dawn and end as the sun rises, representing hope and support for people struggling with mental health or suicide.

The Ireland-based initiative raises funds for Pieta, a charity supporting those in suicidal distress or engaging in self-harm. So far this year, they have raised 26,000 euros. The money will be used in the fields of suicide prevention, education and support.

Representatives of the organisation explained that they have noticed a huge shift in awareness regarding mental health, possibly because the last few years have been especially difficult due to the pandemic. They said that suicide rates have risen at a devastating rate, but that there are efforts to support those in need, emphasising that no one needs to go through things alone.

The global Darkness into Light campaign is influencing an increase in mental health care and suicide prevention services. On the Costa del Sol there have been some impressive advances.

The Cicerón program at the Costa Del Sol hospital was launched in 2020 to offer an intervention through specific psychotherapy. They also provide intensive follow-up for patients who exhibit suicidal behaviour, guaranteeing continued care after discharge and helping the early detection of suicidal tendencies. In addition, psychological support is offered to survivors (the relatives of those who have died by suicide).

In Estepona, the town hall has provided a building to form a day centre for those with mental health issues. Soon, this will be staffed by Darkness into Light's charity partner on the Costa del Sol, AFESOL Salud Mental. They will run a suicide prevention clinic in collaboration with Ciceron project. 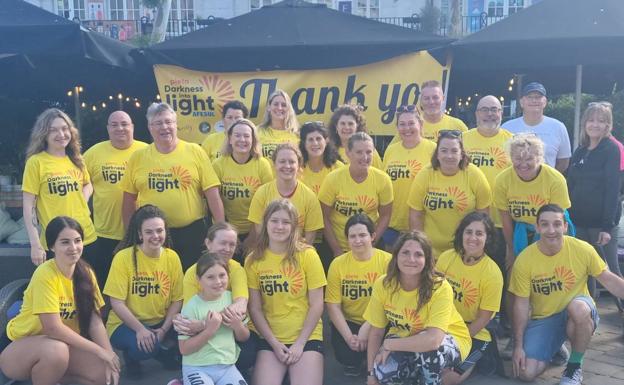 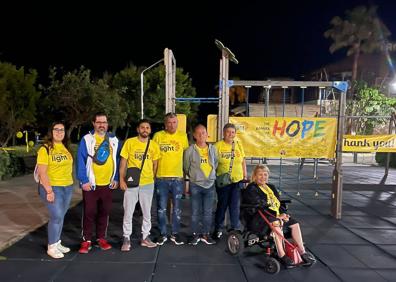 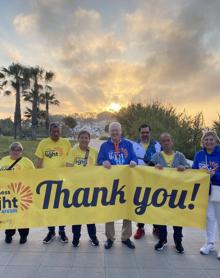 Different group taking part in the Darkness into Light walks across the Costa del Sol and Gibraltar. / SUR

AFESOL were also recently given a new centre in La Cala de Mijas, where they will offer suicide prevention services, as well as support for those affected by suicide and those struggling with mental health in general.

This week, the government announced a new National suicide helpline 024 024, which will be available throughout all of Spain, and to all nationalities. This is an important step, as representatives of Darkness into Light explain that suicide had not been properly addressed by the government until recently.

Support exists and the Darkness into Light campaign is helping to spread the word. Cathy Drummond, from Pieta in Dublin, captured the essence of the organisation in an email which she shared with them. “I'd like to share something with you, that just made everything worthwhile. We had a call this morning and they mentioned a letter that was read out over the weekend on a radio show about a young man who had a plan to end his life, but because of Darkness Into Light he decided not to. As far as I'm concerned, that's it. It has literally saved someone's life and hearing that just made me so thankful to be a part of this movement. We'll never know how many people Darkness into Light impacts like that young man, but I'm sure there are many many others."