Some 1,500 kilos of semolina flour and 200 kilos of wheat flour were used to make the dish as well as 600 litres of extra virgin olive oil and 40 kilos of salt

More than 40,000 people enjoyed the annual Migas festival in Torrox on Sunday, according to the town hall’s statistics.

The event, which is recognised by the regional government as having important tourist interest, celebrates a local dish that was traditionally given to those working on the land as a filling meal.

In the Llano de La Almazara area of Torrox Pueblo, around twenty ‘migueros’ - the people who prepare the local dish that resembles breadcrumbs with olive oil and garlic - fed the thousands of people who patiently queued up to enjoy their plate of migas.

The migas were accompanied by a traditional salad of potatoes, oranges and olives and some local sweet wine. José Villena, 46, one of the cooks said, “There is no secret: water, oil, garlic, flour and salt, keep the fire very hot and stir very well, and in 20 minutes the migas are ready.”

The Malaga-based chef Enrique Sánchez, who has appeared on the Canal Sur TV programme 'Cómetelo' since 2010, inaugurated the event along with the mayor of Torrox, Óscar Medina and the president of Malaga’s provincial authority, Francisco Salado. 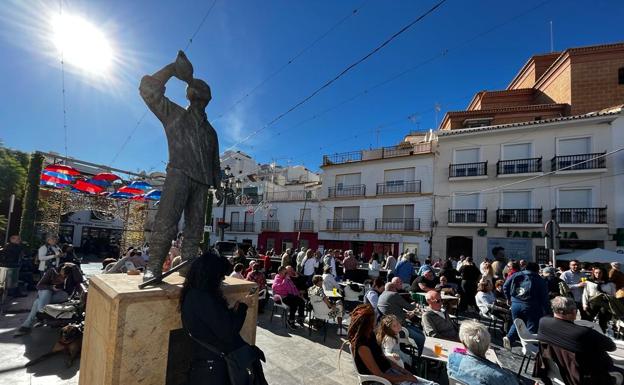 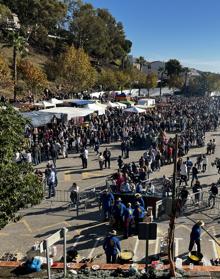 The women of the La Almedina association were in charge of making the salad, with 1,500 kilos of tomatoes, 200 kilos of oranges, 220 kilos of onions, 120 kilos of cod and as many kilos of olives. To accompany these delicacies, 1,600 litres of local muscatel wine were also offered free of charge.

Around 120 bus journeys were made from Torrox Costa to the village to ferry people to the event.

The festival carried on into the afternoon and evening. A fireworks display ended this year’s migas festival at 9pm.