Firefighters swung into action as they would in a real emergency. / aena

More than 400 people took part in the safety exercise, which has to be carried out every couple of years to check effectiveness and response times from the emergency services

Malaga Airport was the setting for a simulated emergency this Tuesday morning, 8 March, to coordinate the response to this type of situation and minimise the possible consequences.

These drills are carried out every two years, to check and evaluate how the different services carry out their roles in an emergency, their response times and the degree of knowledge of their required tasks among those who would have to take action. 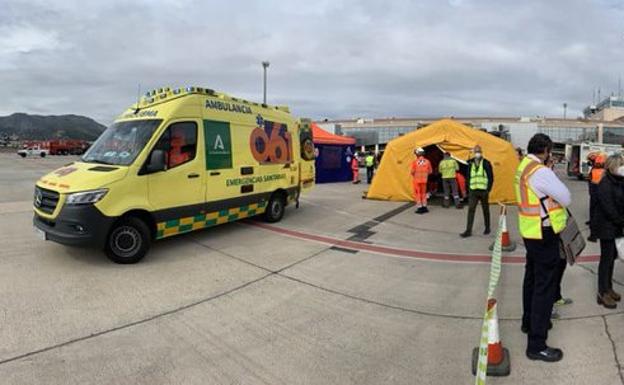 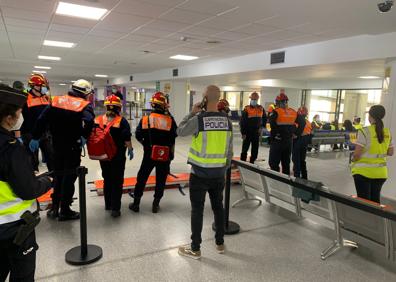 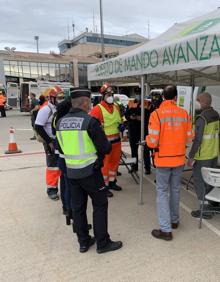 This simulation began around 10am, and faked a situation whereby an ‘ambulift’ (the vehicles used to transport passengers with reduced mobility) collides with an aircraft just as people are getting on board the plane.

In this imaginary scenario, the impact caused a break in the fuel tank, leading to a massive spillage. The fuel caught fire and so did the plane, which at the time had six crew members and 43 passengers on board, four of them with reduced mobility.

When the collision took place, the pilot signalled Mayday Mayday to the control tower and the airport’s fire brigade was activated and headed to the emergency scene.

From then on, all internal and external communications were activated, under the Integral Airport Self-Protection Plan, the municipal Emergencies Plan and the Malaga section of the Territorial Plan for Emergencies in Andalucía.

Nearly 400 people participated in the simulated emergency altogether, watched by representatives from the Junta de Andalucía, Malaga council and the chiefs of the National Police and Guardia Civil in Malaga.