It was a bit 'kaotic' in the Soho district on Sunday. / C. Pinto

The Alameda de Colón in Malaga seemed unusually busy at 8am on Sunday, although some odd happenings in the previous few days, such as local businesses being given new names and signs warning of parking restrictions, had indicated that something was going on.

It turned out that scenes for Kaos, the new Netflix series, were due to be filmed there and in the Paseo del Parque all day by a team of 250 people accompanied by 150 vehicles.

Kaos, which will have eight episodes, has been created and written by Charlie Covell and is directed by Georgi Banks-Davis. The series is a modern take on Greek and Roman mythology with themes of gender politics, power and life in hell. 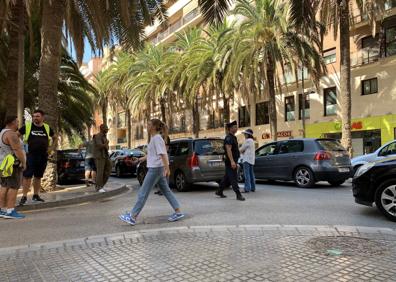 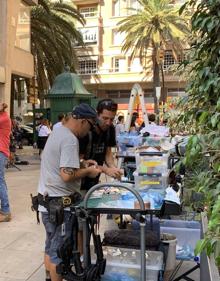 A walk down the Alameda Principal seemed normal until the Soho area, where police officers and security guards stopped people going into some streets. Nevertheless, large numbers of curious onlookers stayed to watch the action. Those who knew about the series were hoping to see the leading actor, Jeff Goldblum (Jurassic World), who is playing Zeus, but they were disappointed. “No, no, he’s not here. He isn’t coming today,” those who asked were told.

Most people who live in the area didn’t seem too bothered about the inconvenience. Lisardo, for example, who has been there for over 50 years, said he was impressed by the production. “It’s incredible, what they do when they are filming something. And I expect it's good publicity for the city. I don’t mind” he said.

There were certainly some interesting changes. For example, the Cajasur bank on the corner of Calle Linaje looked the same as usual, but the side around the corner in the Alameda de Colón had become a different bank altogether: Onochoe Bank.

A new kiosk called Zythos had also sprung up from nowhere, and inside it contained sweets, magazines, newspapers and post cards as well as a sign saying ‘I love Zeus’. Just opposite, the street sign which normally reads Calle Casas de Campos had been replaced by one announcing that it was Rhada Road.

There was a traffic jam in this scene of the film, and great attention had been paid to detail. Every vehicle’s number plate was Greek and the taxis were green. Their drivers, including Aitana, who is from Malaga, had to sit in their cars all morning. “That’s what we have to do, none of the vehicles are to move during this scene,” she explained.

At 1.30pm there was a break so the large Netflix team could have something to eat and recharge their batteries before going back to filming. It was going to be a long day. They were due to finish in the Paseo del Parque, but by then night would be falling. 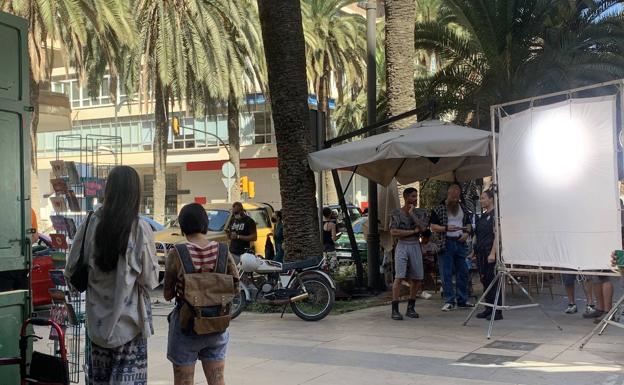 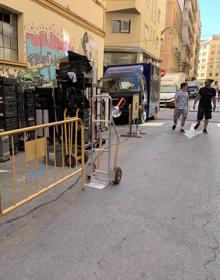