The DeepDrop device, which has already been installed at 70 farms in Spain as well as in several foreign countries, also improves the production of trees by reducing their water stress

Eighty-two year old Antonio Rico from Torrox has, for more than four decades, patented a total of 25 inventions, related to the construction and agricultural sector. One of his most successful inventions, which he patented in 2017, is underground drip irrigation system that saves up to 70 per cent of water on agricultural fields and plantations.

At a critical time for the subtropical sector in the Axarquía, with La Viñuela reservoir at just 14 per cent of its capacity, Creacciona, the company run by Rico’s 38-year-old son Ernesto, is receiving new orders for the product, christened DeepDrop, every day.

The graduate in Business Administration and Management explains that the results obtained so far are "very pleasing", in terms of managing to reduce the water use in avocado plantations from a range of 800 to 1,200 litres of water per kilo of fruit to between 250 and 350 litres.

"We are very pleased with the results obtained as we have achieved greater efficiency in water consumption in all the plantations that are using this device," says Rico, who explains that DeepDrop is a patented irrigation system that takes water directly to the root of the plant "in a fully automated way, transforming any surface irrigation into an underground irrigation system".

According to the Torrox entrepreneur, the benefits of his invention are not only limited to the reduction in water consumption, but also to greater production by avoiding water stress in the plants, while preventing the poisoning of fauna, especially birds that ingest the liquid directly from the surface irrigation systems, which is often mixed with fertilisers and other chemical products.

The company has already installed some 150,000 devices on around 70 farms, mainly in Spain, but also with distributors in Chile, Paraguay, Mexico, Israel, Qatar and the United Arab Emirates and is negotiating to introduce the irrigation system in the French market as well.

"It is not only a question of saving water in drought areas, but also of optimising the performance of fertilisers used in agriculture, reducing water stress in avocado plantations," says Rico, who points out that they have been working for more than three years with the La Mayora Institute of Subtropical and Mediterranean Horticulture, which belongs to the Spanish National Research Council (CSIC).

Use in public parks

"We are quite convinced that DeepDrop represents a great advance in saving irrigation water, in a context marked by the drought and scarcity of water resources that many agricultural production areas in the country are suffering. A clear example of this is in the Axarquía, where the La Viñuela reservoir is in a critical situation with really alarming levels," says Rico.

He points out that his system is valid for all types of crops, both outdoor and under plastic, as well as for gardens and public parks. As such he is talking with some town councils to study the system’s use in public parks and gardens. 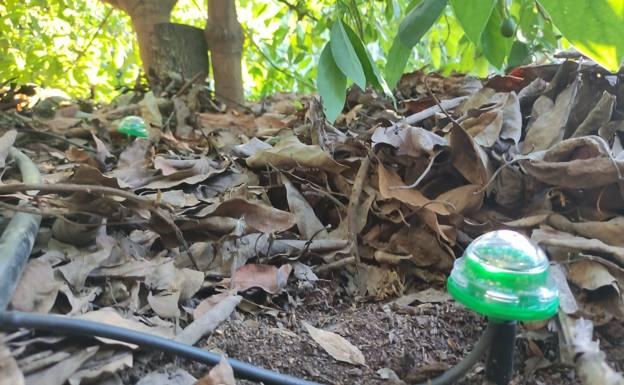 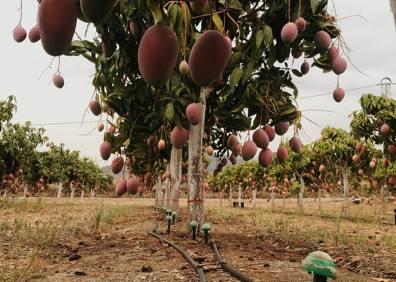 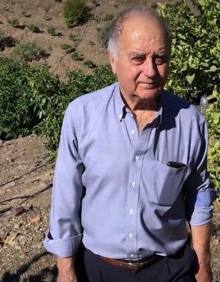