The high season kicked off with the beach bars, restaurants and sun loungers full with customers as temperatures reached 30 degrees over the May Day holiday weekend

Camilla, a Romanian tourist, was having her photo taken at La Malagueta beach in Malaga city centre. She wanted the Malagueta sign, the sea "and the people", she added. "I didn't expect it to be like this, over 30 degrees! I didn't even bring my swimsuit," she confessed as she headed towards the sea for a paddle.

"Do you have a table?" asked a family in a restaurant in Pedregalejo at 12pm and the waiter's expression said it all: "From three o'clock onwards and on a first come, first served basis," he replied. It was a bank holiday Sunday, Mothers' Day, and the temperature in Malaga city centre was around 30 degrees. 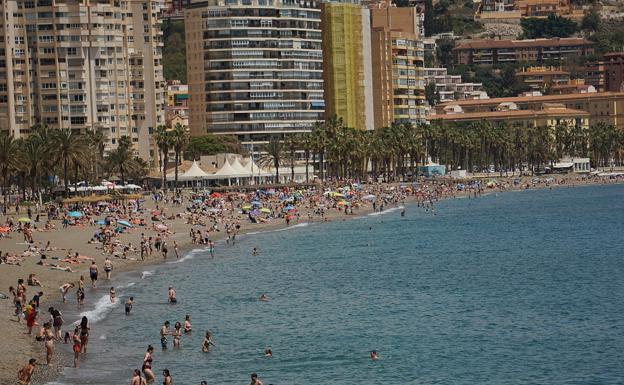 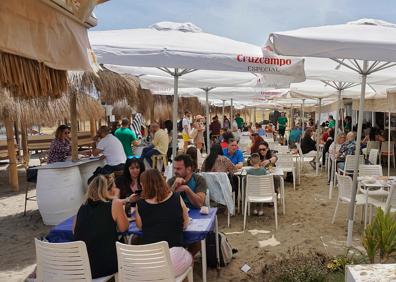 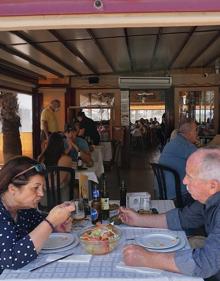 "For me, today is the first day of summer," said Antonio José Prados as he prepared kilos and kilos of sardines. The ‘espetero’ (sardine cook) can cook up to 60 sardines (ten boxes of six kilos each) on skewers at the Rompeolas restaurant on a day like this, for lunch and dinner.

"I have 400 bread rolls and I think I'm going to run out," predicted Enrique Sánchez at Las Acacias. "It's going to be a tough day", added Miguel Ángel Castillo at Hermanos Muñoz with a resigned smile. Two days ago all the tables for today were full, many of them for ten, twelve and fourteen people.

Just to make sure, Maribel and her family had been occupying their table at Los Cuñaos since midday, where there is no option for reservations: "Next time we'll bring the churros", she jokes, suggesting that they will be there at breakfast to make sure they have a table.

"It's full", Dani, who is responsible for hiring out the sun loungers on La Malagueta, repeated several times to the foreign tourists who asked him for a bed. By late morning, 40 of his umbrellas were occupied, 20 less than usual as the recent storms have eaten away part of the beach. "It seems that we are already in the summer season," he said. 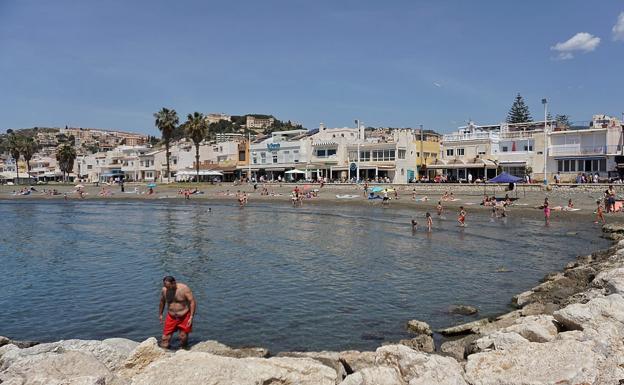 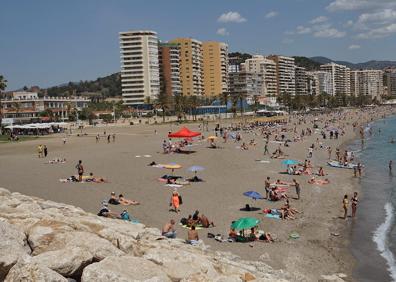 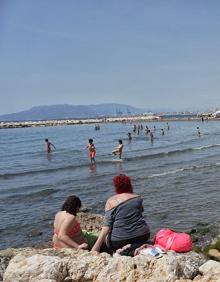 Many of those on La Malagueta beach are tourists. "I don't know where so many come from," exclaimed Antonio Román, amused. He also hires out sun loungers a few metres away from Dani and says that as soon as he arrived at work at a quarter to ten in the morning, he already had a queue of people.

The beach vendors have also been busy over the last few days; a clear sign that high season is on its way. "Lots of people, lots of people", Mohamed repeated as he folded his sarongs and prepared to go back to his area of La Malagueta.

A group of Italian girls were sunbathing with their suitcases and travel bags next to them. Their flight was due to leave at 6pm for their "return to reality" after celebrating a hen weekend on the Costa del Sol. But one thing was clear: "We'll be here until the last minute".

Pedregalejo’s promenade was also packed with families and couples carrying umbrellas and chairs and the smell of suncream and sardines being grilled hung in the air. The Moya family had set up a tent and were expecting about a dozen people to their private beach bar on the sand while other families enjoyed the atmosphere of the first Sunday of the summer season in Malaga.

A busy beach bar on La Misericordia beach / M. A.