Two of the firefighters who took part in the rescue of the horse. / CPB MALAGA

In pictures: firefighters rescue horse trapped in ditch on a farm near Ronda

Malaga provincial fire brigade officers worked to free the animal this Sunday afternoon, after its legs became entangled in an irrigation system pipe

Members of Malaga’s provincial fire brigade have rescued a horse on a private farm in Benaoján, near Ronda, this Sunday afternoon, 22 January , the Consorcio Provincial de Bomberos (CPB) has reported.

Apparently the animal fell into a ditch where its legs became trapped by an irrigation system pipe. 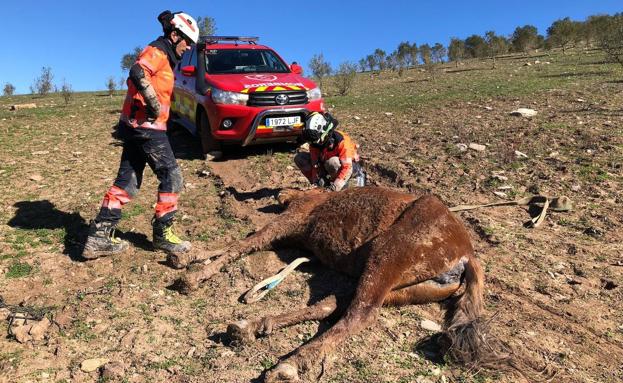 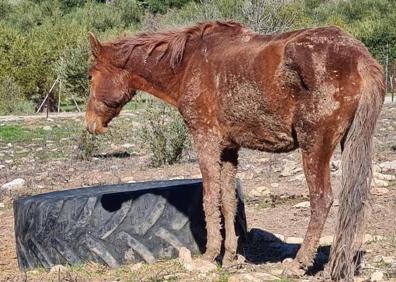 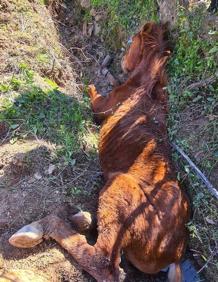 After the delicate operation carried out by the firefighters, the rescued animal was released after coming to any harm.