Triple A animal shelter gets makeover for 30th birthday

Just under 500 dogs and cats have been moved to temporary shelters while the work is being done, thanks to a team of volunteers who have spent days transporting them

Work has begun on the refurbishment and improvement of the Triple A animal shelter in Marbella. The project has started as the charity celebrates its 30th anniversary and is expected to be completed within a year. The facility will increase its surface area to almost 2,000 square metres and see an investment of more than 1.2 million euros.

The existing buildings will be used and prefabricated modules will be adapted to create separate areas for the different types of animals, which will make the facility more organised and structured. As well as the building work, the lighting will be replaced with LED lights, with the aim of modernising and improving energy efficiency.

Mayor of Marbella, Ángeles Muñoz, said on a recent visit to see the work, "it is a major project, which we have been developing for more than two years and which is very complex due to the nature of the land."

Just under 500 dogs and cats have been moved to temporary shelters while the work is being done, thanks to a team of volunteers who have spent days transporting them. "No one can imagine the scale of the work that is being done to ensure that everything runs as smoothly as possible," said Lily van Tongeren, vice-president of the new Triple A board and a volunteer for 30 years. "As each day goes by, we discover new needs, such as the roof of the dog’s shelter, which is now being installed," she explained.

The challenge now is making sure that all of the animals are homed accordingly: "There are dogs that can't be with others because of their behaviour, others that have to be in quarantine or puppies that have just arrived,” Lily explained explains adding that it’s the same for the cats.

The shelter was also affected by the recent hauliers’ strike as they rely on transport companies for food and beds. "I asked as many volunteers as possible to bring up what we needed with their vehicles," Lily said. "It takes a lot of hands. There are not enough people and definitely not enough money to take care of all the animals.” However, she remains upbeat and recognises that "we all do the best we can here: the volunteers, but also the council who respond to all our requests and do everything they can to help."

Muñoz explained that the new headquarters "will be able to help 700 animals, significantly increasing the capacity of the association." It will have 70 modules for dogs and cats and a closed area of 610 square metres and an open area of 956 square metres.

There will also be 21 modules for other uses; an area for dogs, which will differentiate between large and small, and which will have a veterinary room with an operating theatre, recovery and washing area, as well as training areas, kennels and storage areas, and a similar space for cats, with a quarantine area for sick animals and another for recreation, with a central area for events.

The president of Triple A, Elise Dunweber, said: "The launch of this project makes us very happy, because the association has been taking in the abandoned animals of Marbella and San Pedro Alcántara for three decades and it was essential to be able to have perfectly equipped facilities." In the meantime, whether in the old, the new or the provisional ones, the animals "are waiting for a chance to have a better life," added. 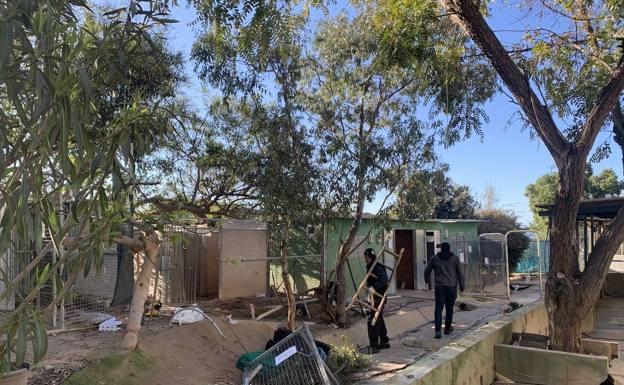 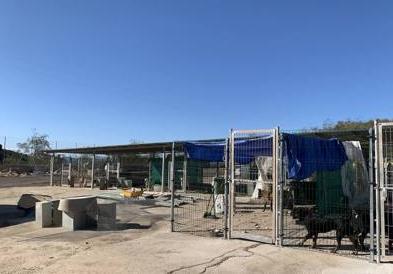 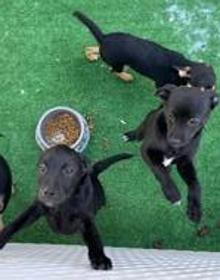