Hundreds of motorhomes have begun to leave the parking area adjoining the Martín Carpena sports arena in Malaga after the council ruled that as of today, Tuesday 8 February, it is illegal to park overnight at the facility.

The car park, even though the rules stated that parking was not not allowed for more than 72 hours, had become a magnet for motorhomes and vehicles. However, the site started to draw complaints and the council took action putting up signs on Monday stating that overnight parking is no longer permitted. Local Police also visited the site to inform the temporary residents of the new measures.

Some motorhome owners are indignant. “The measure makes little sense because what we need is a place to spend the night, and that is precisely what is prohibited. In addition, we spend money in the city,” said Jordi Corbella, a Catalan retiree who bought a motorhome three years ago and has spent the last month in Malaga.

Motorhomes can park on public roads like any vehicle as long as they do not put out awnings, tables and other furniture.

Some people who are leaving the Martin Carpena car park do not plan on leaving Malaga and have moved to the parking area at the Los Patios shopping centre and other surrounding streets.

Caravans however are not permitted to park on streets. “Where are my wife and I going to go?” asked Carlos García from Malaga who lost his home four years ago and bought a caravan.

Diego Fernández, also from Malaga, said, "They say that we don't generate business, but those of us who are here buy in supermarkets, buy petrol and go to bars in the area."

Others however have decided to move on. Isabel Ruiz said, “We come from Cantabria and we thought we would stay a couple more days, but in view of the situation, we will leave earlier. We are going to Portugal.” 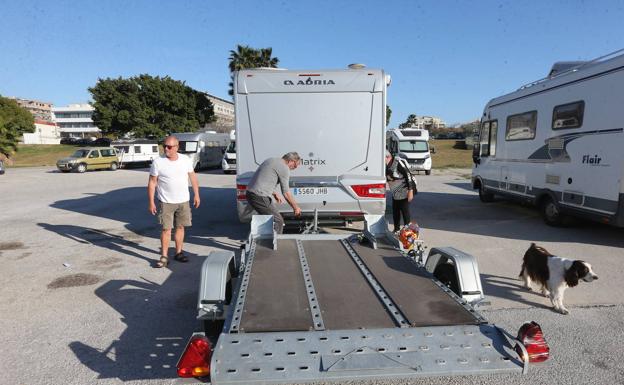 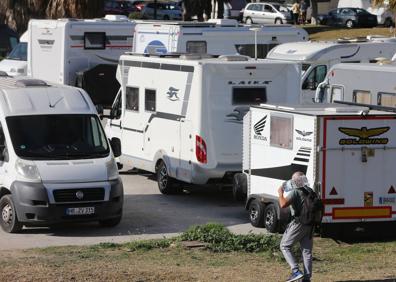