The operation to remove the rotting, 15-metre long carcass from the sea involved a special lorry, excavators, bulldozers and a crane

The dead whale that washed up on the Rada beach in Estepona last week was finally removed to the Costa del Sol Environmental Complex landfill on Tuesday 25 January.

The operation to remove the decomposing fin whale began when a crane was used to hoist the creature onto a special lorry with eight-wheel drive. When the whale was buried in the landfill, it was covered with earth to prevent the smell from permeating the area.

Initially Estepona Town Council said it would follow the recommendations of the Spanish Cetacean Society (SEC), which advises moving the animal a minimum of six miles from the coast and depositing it at a depth of 50 metres or more, weighing the carcass down so it does not pose a risk to boats.

A source at the council said, "Last Friday a first attempt was made but the poor state of the sea conditions prevented it." The same thing happened on Saturday, and finally on Sunday the whale was found at Estepona port where both the sight and smell upset nearby residents.

Initially, the council did not want to transport the 15-metre long whale to the landfill in case it exploded due the natural accumulation of gases during decomposition.

"It was so swollen that it acted like a sail and could even affect the balance of the trucks," the source said.

However inclement weather and rough seas made any attempt to dispose of the carcass at sea unreasonably dangerous.

Technicians from the Junta helped prepare the landfill for the unusual, but not unprecedented, arrival. In 2008 another whale, over 20 metres long and weighing 43 tons, was also disposed of at the facility. 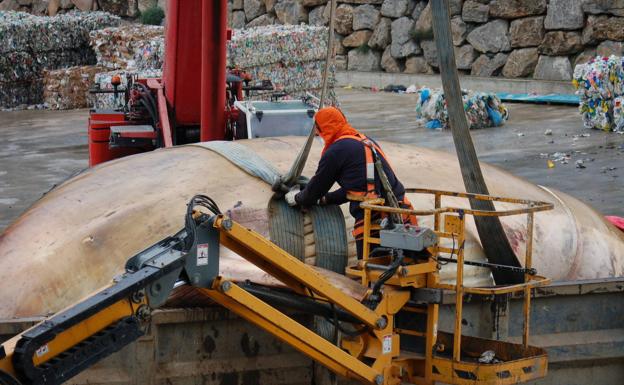 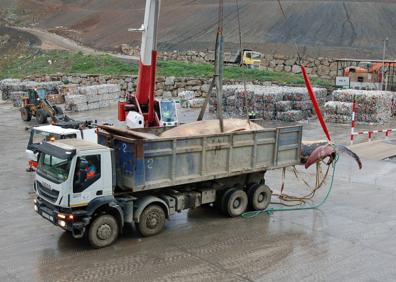 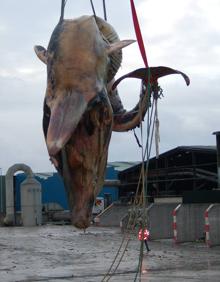