Thousands of people took part in demonstrations along the coast. / SUR

Town halls in the province hosted events to mark International Day for the Elimination of Violence Against Women on Friday to show their condemnation of gender inequality, and offer support for families of victims who lost their lives at the hands of partners

Town halls and women's associations along the Costa del Sol hosted events on Friday to commemorate International Day for the Elimination of Violence Against Women (25 November).

Councillors, associations, support groups and residents participated in the events to show their condemnation of gender violence, and also to show their support to the families of the 1,168 victims in Spain since 2003 - and specifically the 38 women in 2022 - who have lost their lives at the hands of their partners or ex-partners, three of whom were from Malaga.

The acts included a one-minute silence followed by a reading, while the unifying symbol of a purple ribbon was placed on town hall buildings. 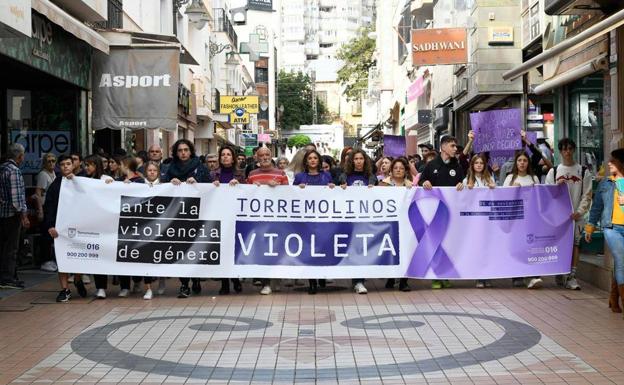 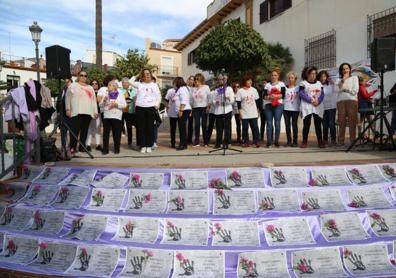 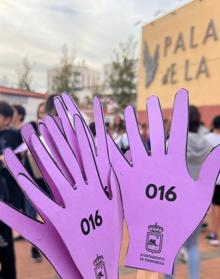 Manifestos were read stressing the importance of awareness of domestic violence and the vulnerability of many women. Many also pointed out the dramatic effects that gender violence produces on children, who suffer disastrous consequences on their physical and mental health.

In Malaga city thousands of people participated in a demonstration that began in the Plaza de la Merced, which was attended by the city’s mayor, Francisco de la Torre.

Acts in Cártama included the installation of gender violence related sign posts in the Santo Cristo and Estación de Cártama districts, which were erected by the area of Social Welfare, Women and Equality, and the Municipal Women's Information Centre.

In Torremolinos, more than 300 students from different schools in the municipality participated in an act led by mayor, Margarita del Cid, in Plaza la Nogalera, which was followed by a silence march through the town.

Thousands of protesters participated in similar acts in Marbella, Benalmádena, Mijas, and in Fuengirola, where protesters carried purple hands with the telephone number for the attention of victims of ill-treatment (016) printed on them.

Thousands rock up to Torremolinos Rockin' Race Jamboree... in images