Firefighters are battling to control a wildfire that broke out this Sunday, 28 November, near the village of Maro in the municipality of Nerja on the eastern Costa del Sol.

The fire started at aruond 11am on agricultural land in La Caleta, a ravine on the edge of the Maro-Cerro Gordo cliffs natural park.

Strong winds caused the flames to spread around a kilometre towards the coast and the protected cliffs beauty spot.

Around 30 forest fire fighters were working on the ground to tackle the blaze, with the help of two helicopters.

The N-340 was closed on Sunday afternoon at kilometre 297, in Nerja.

The cause of the blaze is under investigation although initial hypotheses point to the uncontrolled burning of agricultural waste.

The majority of residents in neighbouring properties left their homes as the flames came within 200 metres of houses. 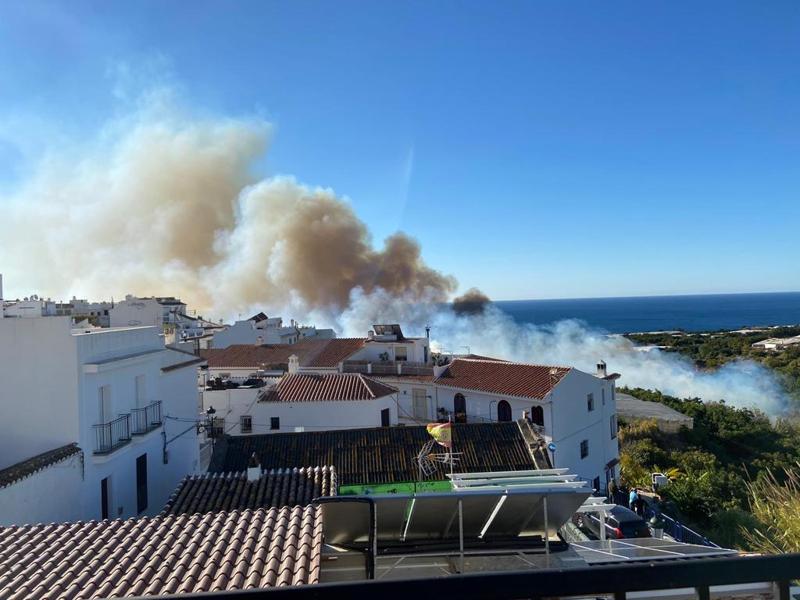 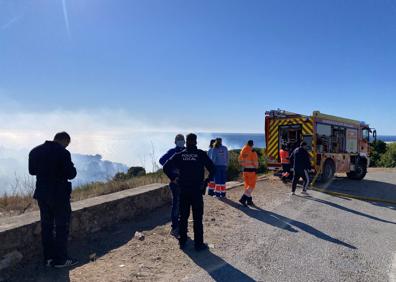 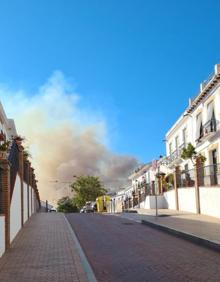 The fires has affected at least four hectares of land, much of it used by farmers for growing, avocados, custard apples, among other crops, as well as scrubland. A dozen farmers have lost their crops.

Juan Manuel García is one of them: "You could see this coming; there are a lot of people living on the Larios land and they let them do anything they like," he said on Sunday.

Almond trees in flower across the province - in pictures