The UK-based Aerosparx aerobatics and pyrotechnic team and the Gravity Jet Suit, invented and piloted by Richard Browning, got some of the biggest cheers during the sunset show on Saturday and Sunday’s main event

The Torre del Mar International Air Festival, which took place this weekend, attracted over 300,000 people according to Local Police sources. Friday and Saturday saw morning and afternoon training sessions, Saturday also saw a special event at the Aerodynamics Academy at the Leoni Benabú airport in Trapiche and a sunset airshow which attracted around 80,000 people. Sunday's festival started at 11am and finished with the Eurofighter at around 3pm.

The breath-taking pyrotechnics display by Aerosparx finished the sunset show on Saturday with daredevil pyrotechnic stunts lighting up the sky along the 22-kilometre stretch of Vélez-Málaga’s coastline, from Chilches to Mequitilla. Members of the National Police and Guardia Civil also took part with planes and helicopters.

But what undoubtedly attracted the biggest cheers and gasps on Sunday was the display by ‘rocket man’; a 'human drone' developed by Richard Browning from the UK’s Gravity Industries, which allows autonomous flight to a person through a system of turbines.

Launched in March 2017, early on the business secured six-figure investment from companies including Tesla and Skype. British founder and chief test pilot, Richard Browning, 43, brought together cutting-edge technology to reimagine human flight. This vision led to the creation of the world's first patented Jet Suit.

Gravity explains that “The Jet Suit can fly easily for three to four minutes”, although it has the capacity to fly for up to 10 minutes and up to 137 kilometres or 85 miles per hour and can fly for approximately eight miles before refuelling. However, the team explains that “most of our event flights are less than two minutes.”

While Browning has demonstrated the suit in Spain before, there is special interest in the Aerodynamics flight academy based at the Leoni Benabú airport at Trapiche in the Axarquía, where the company is in talks about establishing a training centre. “The place has fantastic facilities and we are looking to start a training facility here,” Browning, who has a background in the Royal Marines, told SUR in English.

The other British representation at the festival was the daredevil Aerosparx team comprising pilots Guy Westgate and Rob Barsby from Leicestershire.

Between them, they illuminated Torre del Mar’s skies with a spectacular fireworks display as their motor gliders looped-the-loop, dipped and climbed as the finale of Saturday’s Sunset Airshow.

The pair started off as glider pilots and “over a beer, not a salad” (the best ideas come from the former, not the latter, says Westgate) the idea to combine acrobatics in the air with fireworks was born.

Guy explained that he was “inspired by the waterfall of fireworks at the Edinburgh festival” one year and decided that he wanted to recreate something similar from his motorglider.

They now travel the world attending not only airshows but also provide the fireworks displays at sporting events and festivals. They claim to be the only team that combine formation flying, aerobatics and pyrotechnics. (I asked them at what point they decided that aeroplanes and fire was a sensible idea and they shrug it off like I might shrug off being able to speak Spanish to my neighbours).

Westgate and Barsby have, however, over the years worked hard to perfect their displays and have become experts in the field of pyrotechnics as well as aviation and also know how to put on an excellent show. So much so that Aerosparx took part in Queen Elizabeth II’s 90th birthday celebrations in 2016 and they’ve even appeared on iconic UK children’s TV programme Blue Peter!

The British contingent were also joined, among others, by the death-defying stunts of Spanish pilot Juan Velarde who currently competes in the Red Bull Air Race World Championship and is rated Spain’s top pilot; the Spanish national police, the Guardia Civil and a ear-splitting display by the Eurofighter ALA11 by Spain’s air force, which closed the festival. 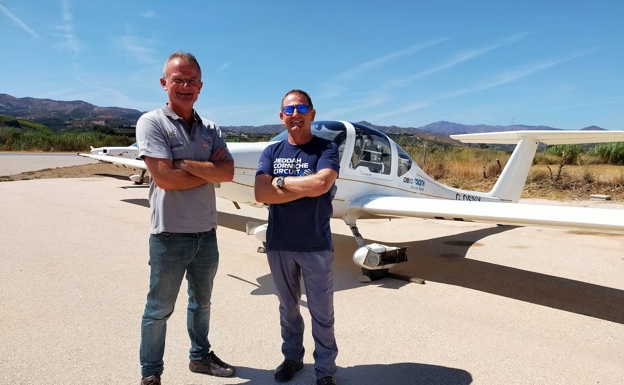 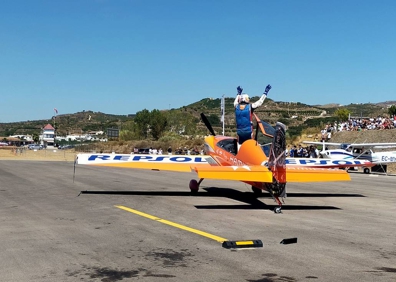 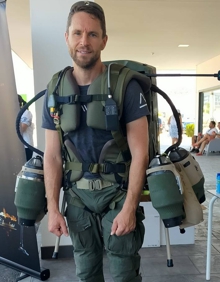