Slinky the elf in the Martínez household, Alhaurín

Fun elf Christmas tradition is back this year

'Slinky', 'Elf', 'Sleigh Bell'... Each one has a name and every family has the task of naming their elf. This happens on 1 December, the beginning of a month of magic. After a long journey from the North Pole, Santa's little helpers sneak into homes across the world, ready to do what they do best.

Experts in getting up to no good, each night as the children sleep, the elves scope out their surroundings in search of a new spot from which they can take note of children’s behaviour to report to Santa, a good excuse to get them to behave.

"Every morning they wake up and start searching for our elf, Sleigh bell. Where could he be? What is he doing? It is lovely to see them so happy and excited," Gema Granados tells us. She is one of the Malaga mums who has adopted the elf again this year.

"When 1 December arrives, everyday is an adventure. It is not only mischief that the elves bring. Thanks to Sleigh Bell, the kids eat more fruit because one day they saw him eating some in the kitchen,” the mother of José Antonio and Gonzalo, seven and four, adds.

She is not the only Malaga mum who has adopted an elf. The phenomenon has taken off in Spain thanks to Instagram, where thousands of stories about these elves and their mischievous behaviour are shared under the hashtag #elfontheshelf. Word of mouth among the children who have been visited by an elf has also helped to spread its popularity.

The Algazara primary school in Alhaurín de la Torre has received a visit from an elf this year. Each day the teachers are responsible for surprising the children with the elf's magic.

"Last year, my daughter came home one day after school super excited because her best friend, Laura, had told her that there was an elf in her house that moved around and played pranks. This year on 1 December the elf has arrived at our house. She has gone mad about it. Although it requires a bit of extra work, the look on the children's faces every morning makes up for it. It is a beautiful and magical thing for the children and we have lots of fun making up the stories," Raquel Moreno, mother of Vega, six, explains.

"We parents are always rushing with no time for anything... when you devote time to these things and you see their little faces… all the effort is worth it. They’re only young once and they will remember this for their whole life,” says Gema. 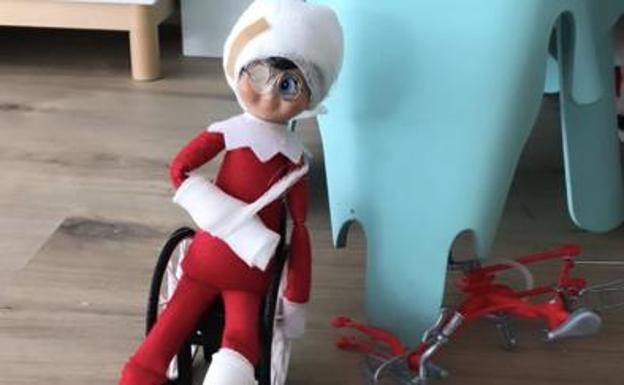 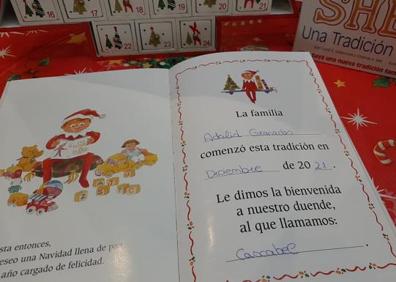 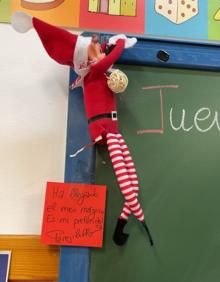 But where has this tradition come from? It comes from the book ‘Elf on the Shelf: A Christmas tradition’, written by Carol V. Aebersold and Chanda Abell, two American writers. The brand Cefa toys introduced the phenomenon to Spain, selling the elf toy, adoption certificate and story book together in shops and online platforms such as Amazon. It has increased in popularity, reaching its peak last year.

The rules of the game are simple: The elf appears at home on 1 December, and every night, it switches places. Sometimes it is caught in the act, causing mischief and playing pranks. On Christmas Day, when Santa arrives, the elf disappears. There is one golden rule. The elf cannot be touched. If it is, it loses its magic powers.

Thousands rock up to Torremolinos Rockin' Race Jamboree... in images