The Queen's Birthday Parade by the Gibraltar Regiment. / sur

In pictures: Earl and Countess of Wessex take the salute at the Queen's Birthday Parade on the Rock

The Royal Gibraltar Regiment performed a spectacular parade in Casemates Square, wearing their new colours which Prince Edward presented to the regiment at Windsor earlier this year

The Earl and Countess of Windsor will be returning to the UK later today (Thursday) after a very successful visit which culminated with the Gibraltar Regiment's Queen's Birthday Parade in Casemates Square this morning. The royal couple were representing the Queen, and Prince Edward took the salute on her behalf. A 21-gun salute was fired from Grand Battery House to mark the occasion.

The Regiment were resplendent in their new colours, which Prince Edward had presented to them at Windsor earlier this year. 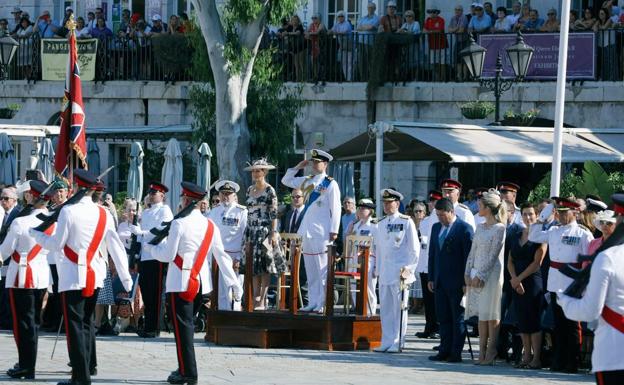 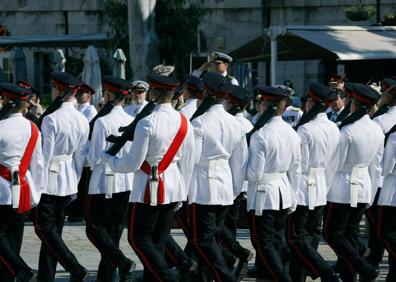 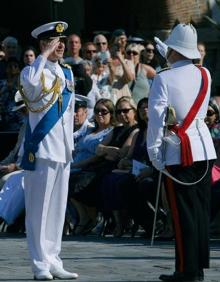 Crowds of well-wishers have turned out to see the Earl and Countess wherever they went during this two-day visit to mark the Queen's Platinum Jubilee, and they appear to have enjoyed the visit as much as the people of Gibraltar.

Relaxed and happy, they have posed for photos and chatted to people, during their walkabout from the Convent, the official residence of the Governor of Gibraltar, to City Hall on Wednesday morning, and during other visits to places of interest on the Rock.

It has been a packed schedule for the royal couple, especially as their agenda had to be changed after they arrived five hours later than expected on Tuesday due to technical problems with their plane. However, they were very enthusiastic about everything they did, which included a visit to the Moorish Castle Estate, which has been refurbished since their last trip to Gibraltar ten years ago.

Prince Edward paid a visit to the Naval Base on Wednesday, and the Countess had a very sporting afternoon, visiting the Special Olympics facility, where she had a go at golf and floor hockey, the Scouts and Guides, where she participated in some archery, and later a trip to Sandy Bay where she tried her skill at paddleboarding. She also fitted in a visit to Clubhouse Gibraltar.