Los Compadres, the only Andalusian side in the league, will be travelling to Italy and Scotland to train for the Spanish Championships next year

The Malaga-based curling team Los Compadres have finished fifth in the second Spanish league that ended recently in Jaca, Huesca, in northeastern Spain.

The local Pabellón de Hielo ice rink in Jaca, the only one used exclusively for curling, hosted teams from all over Spain, with Madrid side B52 being crowned champions last weekend.

Los Compadres, formed by a group of friends from Malaga city, are the Spanish curling league's only representatives from Andalucía.

“The Spanish curling league is played in three phases, October, November and December. We have won five matches, lost five and drawn one. So, after the three phases we finished fifth in the ranking. We've come away happy,”  Malaga team captain Fernando Galván told SUR in English. 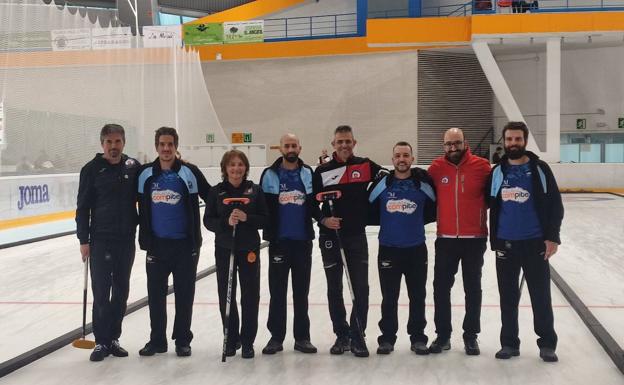 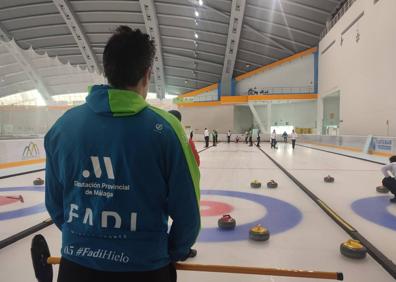 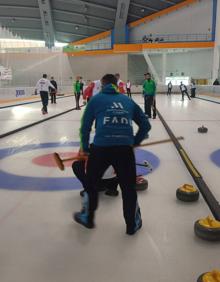 Spain is still a newcomer to curling, a kind of adaptation of petanque to ice. Clubs started to be founded by enthusiasts at the beginning of the 21st century in Catalonia. It was not until 2003 that the first Spanish Curling Championships were held.

Last year, the Spanish Curling League was created. Registered clubs play a round robin tournament (they all play each other). The top three teams receive a trophy. In 2021, Txuri-Berri Curling (Basque Country) were crowned the winners of the inaugural edition.

Los Compadres were established in 2010. With few facilities suitable in Spain, the Malaga team learned how to play in Scotland. They have already booked tickets to Edinburgh for further training.

“Now we are preparing for the Spanish Championships in February. We don't have an ice rink in Andalucía, so we will have to go to train in Italy in January and in February we will go to Edinburgh to enjoy Scotland and its facilities thanks to our sponsor - Diputación de Málaga - and its Málaga Compite programme,” Fernando said.