The Götheborg arrived in Malaga this Thursday morning. / NITO SALAS

Three other ships, the Nao Victoria, the Andalusian Galleon and the Pascual Flores will also open their decks to the public this week to commemorate some of the greatest maritime feats in history

The Palmeral de las Sorpresas dock in Malaga port is currently hosting its Cruise Days celebrations, an initiative that will commemorate the greatest maritime feats in history. The public will be able to tour the decks of the several replica ships that will be docked in Malaga this week, including the Nao Victoria, the Andalusian Galleon and the Pascual Flores.

The 26-metre-long Nao Victoria is a replica of the first ship to sail around the world. Commanded by Juan Sebastian Elcano, the original ship left Seville in 1519 and returned to the same city in 1522, after circumnavigating the globe for the first time in history.

The Nao Victoria, Götheborg and the Andalusian Galleon will dock in Malaga. / sur

The Andalusian Galleon, a replica of the famous Spanish galleons that for centuries linked Spain with America and the Pacific, is a floating museum of maritime culture. The ship currently houses the exhibition, Round Trip Lottery, which focuses on the origin of the National Lottery.

Visiting hours to tour these ships and learn more about their history are from 10am to 9pm from Wednesday 14 to Saturday 17 September. Tickets are priced at ten euros for adults and five euros for children between five and ten years old. There is also a family bonus ticket for two adults and two children under ten years of age, which costs 25 euros.

Tickets can be purchased at dock 2 or on the website www.velacuadra.es

These three historic ships will be joined by The Götheborg, which will dock in port one at around 11am on Thursday 15 September. Considered the largest ocean-going timber sailboat in the world, the public will be able to visit the ship until Monday 19 September.

The Götheborg is a replica of an 18th-century Swedish East India Company ship, which sank off the coast near Gothenburg in 1745.

The ship is sailing on an expedition that will last two years, following the historical route of the original 18th-century ship and whose fundamental purpose is to promote trade relations between Europe and Asia.

The ship left Gothenburg on June 8 and has since visited Helsingborg, Helsinki, Stockholm, Copenhagen, Oslo, London, Bremerhaven and Lisbon. Following the stopover in Malaga, the ship will head to Nice. After the winter, it will continue to Asia in the spring of 2023 and arrive in Shanghai in September. 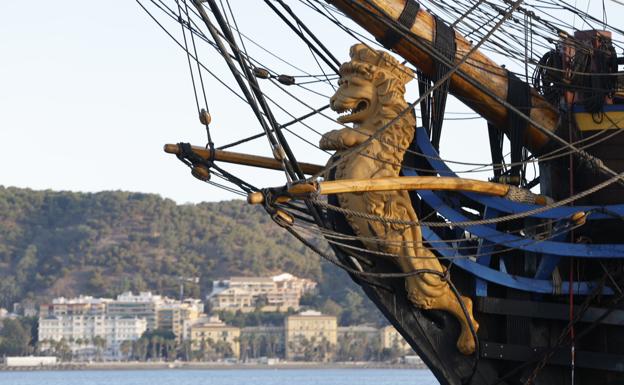 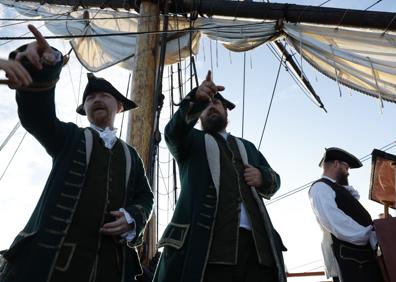 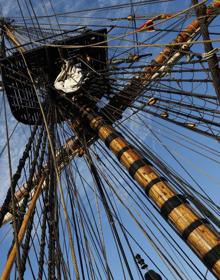 The Götheborg in Malaga. / NITO SALAS