The Armistice Day service in Coín on Friday. / SUR

Remembrance Day parades were held in Malaga and Fuengirola, along with other services in Mollina, Coín, Benalmádena, Alhaurín el Grande, Benajarafe and Gibraltar

Branches of the Royal British Legion Spain South participated in Remembrance Day services along the Costa del Sol and in inland towns at the weekend to honour those who lost their lives in conflict.

The Armistice Day events began on Friday 11 November inland in Mollina, where the service was led by the Reverend Doreen Cage at the Parque La Vina; and in Coín, where the occasion was marked by a service at the Cemetery Chapel, which was attended by the town’s mayor, Francisco Santos, and members of the Guardia Civil.

In Benalmádena, the mayor, Víctor Navas, participated in a service held at the Castillo El Bil Bil, which attracted a large representation of the community of foreign residents.

The event was also attended by the United States consul, Roberta Aaron; the vice-consul of the United Kingdom, Miriam Pérez Martín; representative of the Union des Français de l'Etranger, Prisca Vanier Clapisson; and Gary Benham, a representative of The Welsh Society Costa del Sol, who acted as master of ceremonies.

“Today, we commemorate the end of a fratricidal war as a tribute to honour all the people and families who suffered during this this conflict, and to appeal to the responsibility of the entire society to build a better world in which a war of these dimensions never takes place again”, Navas said.

Ceremonies also took place in Gibraltar, the first of which was held at the Lobby of Parliament House on Friday and was attended by politicians, the police and the military. Gibraltar Governor Sir David Steele led the ceremony of Remembrance on Sunday, which included the two-minutes silence, followed by a gun salute and the sounding of the Last Post. Guards of Honour were provided by the Royal Gibraltar Regiment and the Royal British Legion Gibraltar Branch.

On Sunday, Father William Small led the service at the Salón Varietés Theatre in Fuengirola, which included the participation of the RBL Mijas Costa, the 1st Fuengirola Scout Group and the Ark Explorers; while Father Louis Darrant presided over the proceedings at the St George’s Church in Malaga. The British vice-consul, Miriam Pérez Martín, led the traditional laying of wreaths on the war graves. 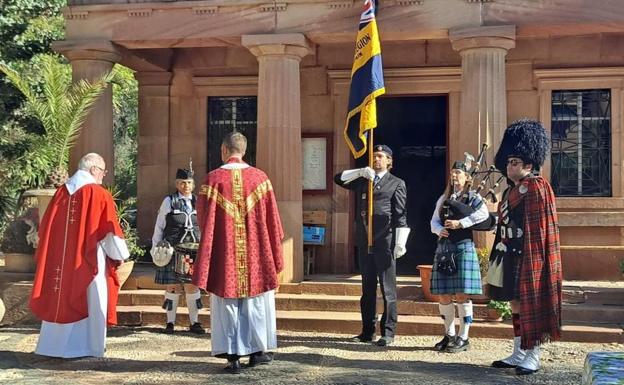 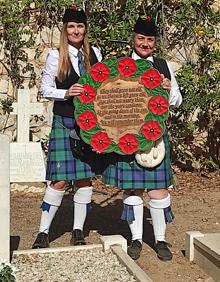 Other services were held by the Alhaurín el Grande, Benajarafe and Rio Grande branches.