The blaze is burning in the Paraje El Higueróna area, according to the Plan Infoca brigade, and some residents have been evacuated from their homes in nearby areas and Alhaurín de la Torre. The DGT advises that the A-368, which connects Mijas Pueblo with Benalmádena, is cut from kilometre 0 to 5 in both directions

Again flames and smoke from a forest fire have put residents in Malaga province on alert, in this case in the municipality of Mijas, this Friday 15 July.

Just after noon residents reported a new blaze in the Sierra de Mijas. From the Plaza de la Constitución in the town centre, a column of black smoke and flames could be seen on the mountains, in the area known as Cañada de Los Jaenes.

Galería. Photos of the latest Sierra de Mijas fire, visible from many points on the Costa del Sol

The Junta's Plan Infoca specialist forest fire brigade said it was located in the El Higuerón zone and it has already despatched a plane coordinating helicopters that are tackling the blaze from the air.

The Junta de Andalucía's spokesperson, Elías Bendodo, said that the Andalusian Emergency Group (GREA) has been activated and that nine aerial means and 70 ground troops are already working in the area. Bendodo reported that there some precautionary evacuations of residents Alhaurín de la Torre, Jarapalos, Lauro Golf and Villa Llanos de la Plata, as well as in the Osunillas area.

"We have mobilised all possible means to try stop it evolving badly. We have to take advantage of daylight hours of light and little wind to try to suffocate it," said Bendodo speaking in Malaga.

The Directorate-General for Traffic (DGT) advises that the A-368, which connects Mijas Pueblo with Benalmádena, is cut from kilometre 0 to 5 in both directions due to smoke and dust from the fire.

This is the second forest fire in Malaga province in just 24 hours. This morning the Infoca brigade declared the fire reported yesterday, Thursday, in Casabermeja to be under control. Helicopters and ground teams in the area continue their to work to fully extinguish it. 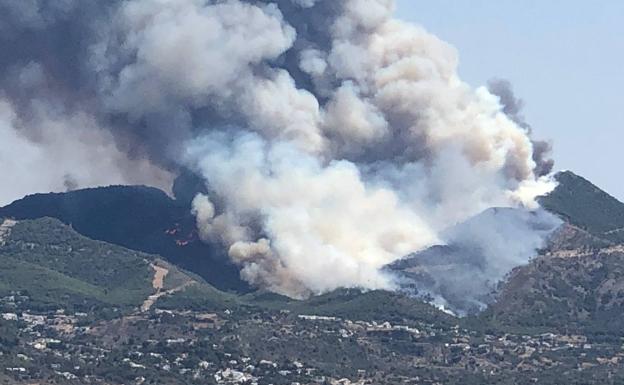 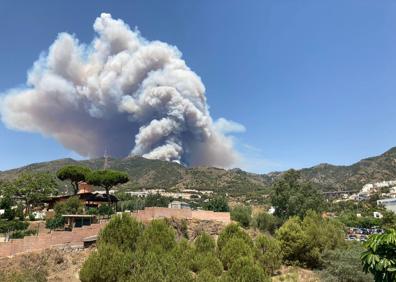 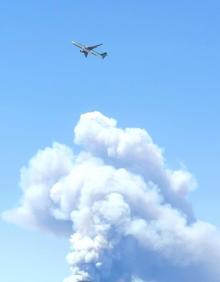