Photographer Juan Carlos Cortina, who grew up in Malaga, has combined some 6,000 images to create the unique two-minute video of the city

A photographer, who grew up in Malaga, has captured the spirit of Christmas in the city in an impressive two-minute video that combines around 6,000 of his images.

Juan Carlos Cortina has extensive experience in the world of time-lapse photography and has already carried out shoots in the Canary Islands and Madrid. In Ireland, he created another unusual video trekking along the coasts of eight counties on a 4,700-kilometre trip that showed the magic of the destination in around 16,000 photographs.

His latest project in Malaga showcases the city's famous Christmas lights and has a special significance for him. "It is a work that tries to show different perspectives of the city and in a way never seen before," said Cortina.

The photographer's time-lapse technique allows us to see a scene unravel at a higher speed than normal, through a sequence of photographs taken with a short interval between each one and the next. The short, two-minute video, with the title Luces de Málaga, was released on YouTube on 20 December and has already had more than 11,000 views.

Cortina was born in Seville but he grew up in Malaga. He now lives in Madrid and took advantage of a visit to the capital of the Costa del Sol during the early December ‘bridge’ holiday to get down to work. They were three intense days of work with the aim of showing some "unpublished views". For the project, he chose a strategic viewpoint: a room located on the eleventh floor of the new Soho Boutique La Equitativa hotel. "From there the views are exquisite," he said.

In the video you can see the famous Calle Larios Christmas lights, the video-mapping show projected onto the Cathedral, the Paseo del Parque, the Alcazaba, the Pompidou museum cube, Muelle Uno and the city port's lighthouse. 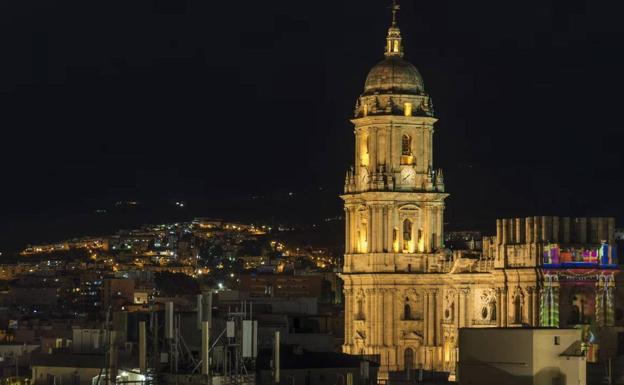 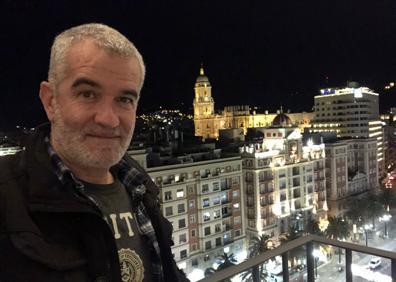 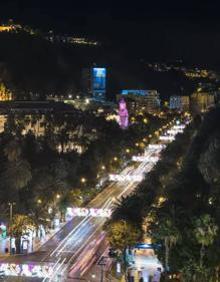