It must be easy to lose track of time in a place like this, because at the entrance to each of its 24 guest elevators, a rectangular ingot placed on the floor rotates every 24 hours to remind passengers of what day it is. Today it announces that it is 'Saturday', in English, the official language of the Wonder of the Seas, the largest cruise ship in the world that arrived in the Port of Malaga before eight in this 30 April.

Galería. Photo tour of the Wonder of the Seas, while it was docked in Malaga

"I've been on nine cruises, but this seems like another world..." said Rafael Martín Jerez, a 44-year-old from Malaga, who took his twins Javi and Leo, who are almost five years old, to the city's docks to get a closer look at the imposing vessel of the Royal Caribbean shipping company. And they were not the only ones who gazed at the huge ship at the Levante dock this morning.

The Wonder of the Seas lives up to its name and has an enormous leisure offer: from the water park to the open-air auditorium for more than 750 people, the tallest water slide in the world installed at sea to the huge shopping centre, from the surfing pool to the outdoor basketball court. It is a beast of a boat which weighs in at 236,857 tonnes, and has a capacity for almost 7,000 passengers served by a crew of more than 2,300 people. 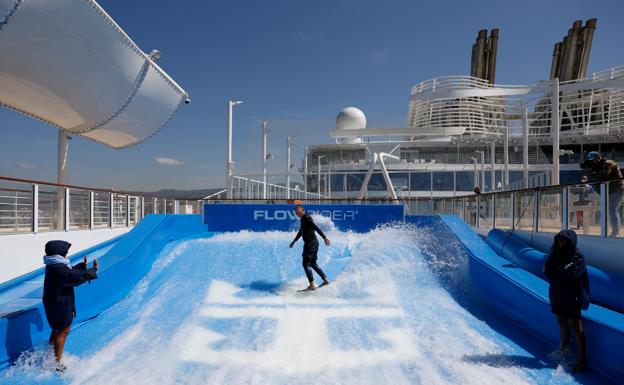 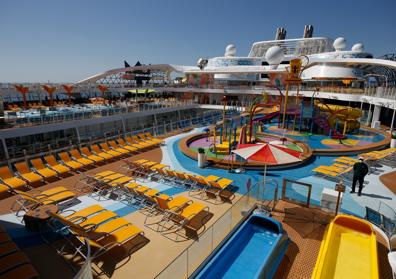 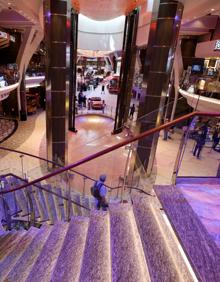 María, a hostess on the cruise that made its first ever stopover in Spain after crossing the pond said, "this is almost like a city... or better, because you have everything to have fun and relax."

The long ten-day journey to cross the Atlantic and the charms of Malaga meant that only a few stragglers remained on the ship while it was in port. Pop reggae played on the top-floor deck as a few passengers basked in the midday sun. The spectacular silver deck that can be seen from the ground at the bow of the ship shelters a glass-enclosed veranda with whirlpool baths, shaded loungers and a bar. And there are more than 30 choices when it comes to eating or drinking something on board the Wonder of the Seas. 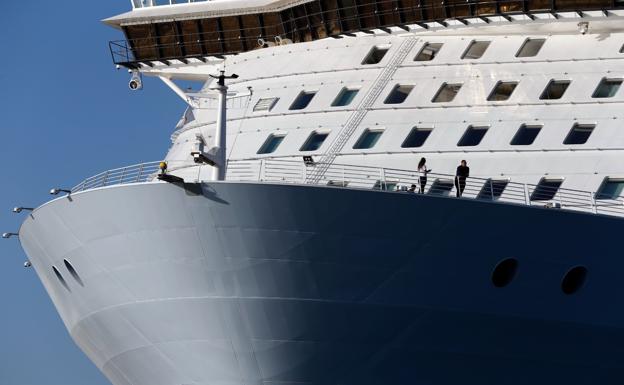 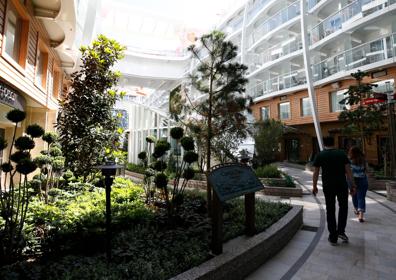 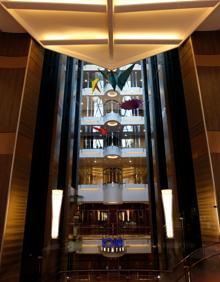 With prices from 687 euros for a seven-night cruise, the new giant of Royal Caribbean fleet was received this Saturday by the president of the Port Authority, Carlos Rubio; the mayor of the city, Francisco de la Torre and the Tourism delegate of the Junta de Andalucía, Nuria Rodríguez. The three greeted the docking of the Wonder of the Seas as a symbol of the gradual recovery of tourist activity after two years marked by the health crisis. Rubio, in addition, said that the shipping company is planning to make more stops in Malaga, although for now it does not contemplate turning the capital of the Costa del Sol into a base port for any of its crossings.

The ship will now spend the summer cruising in the Mediterranean, before returning to Malaga again at the end of October.