Plaza Mayor, the centre that revolutionised shopping in Malaga

It opened 20 years ago, has more visitors than ever and the management now have their sights set on enlarging it even more

It was - and still is - a revolutionary place which changed the way in which people in Malaga shop. Unlike indoor shopping malls, Plaza Mayor offers an outdoor experience and is very focused on leisure. Even though it is outside the city centre, people have taken to it from the very first day it opened. They could start the day in the gymnasium and end it in one of the bars, with shopping, cinema and some ten-pin bowling in-between.

Twenty years after it opened, Plaza Mayor has grown and evolved. It has increased its number of fashion shops and restaurants, has more visitors than ever and now has its sights set on expanding further.

The shopping and leisure centre opened on 19 April 2002 and was an immediate success. Although many believed it would fail because it was too far from the city, they were wrong. “It was a risk we took, but people didn’t mind the distance. They liked the novelties we had introduced,” manager Rafael Perea told SUR.

When Plaza Mayor opened, the management was hoping for six million visitors a year. Last year, there were more than 12 million, turnover was in excess of 144 million euros and about 2,000 people are employed there.

Over the years, it has undergone several modernisations and expansions. The shopping area was enlarged in 2008, and in 2018 the area nearest the railway station was improved. In March 2019 a new gourmet courtyard opened, and in April 2020 the McArthurGlen Designer Outlet was added.

There are currently 125 shops and restaurants including some that have been there from the beginning, like Nike, McDonalds and Yelmo, and new arrivals such as Popeyes, which opened last week. In the next few months they will be joined by Yamii (a Turkish restaurant), Intimissimi Uomo (men’s fashion) and Mira Mira (an accessories shop).

And in the future? Rafael Perea said there are plans to enlarge Plaza Mayor still further, although he was reluctant to give many details until everything has been confirmed. However, he did say that one option under consideration is to eliminate the present outdoor car park to gain more commercial space.

He is hoping the new connection to link the Bahía Azul area with the main road by the airport will be built soon. “It is a key project for the development of the area, and also for people in Churriana,” he said. But for the moment, nothing is known about the project. “We don’t know why there are delays, but this summer we are going to have problems if things stay like this,” he remarked. For Plaza Mayor, it will mean that it can continue to grow without problems for at least another 20 years. 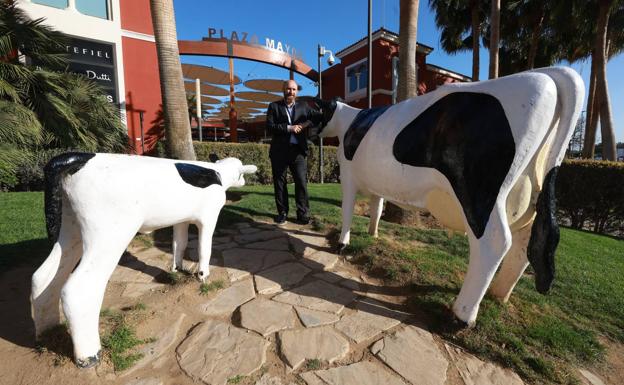 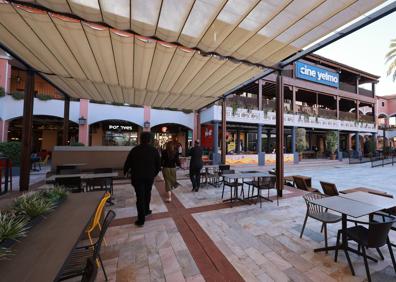 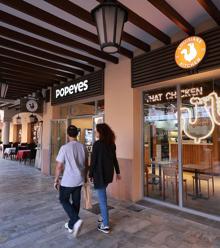