Sources say that Johnny Morrissey and his wife were arrested during a joint Guardia Civil and Europol operation that dismantled Spain's 'biggest money laundering network' which had a capacity to handle 350,000 euros a day

The Guardia Civil has dismantled what is has described as "the most important international criminal organisation operating in Spain dedicated to money laundering", which in little more than a year and a half is believed to have laundered more than 200 million euros. It allegedly had a capacity to launder up to 350,000 euros a day

The Spanish police force has confirmed that they have arrested three people on the western Costa del Sol as part of their operation. Although they did not release their names sources have reported that they are Irish passport-holder Johnny Morrissey, 62, and his Scottish wife Nicola who were arrested at dawn on Monday 12 September. 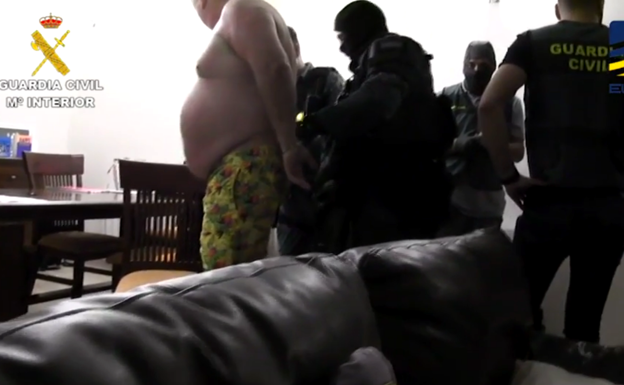 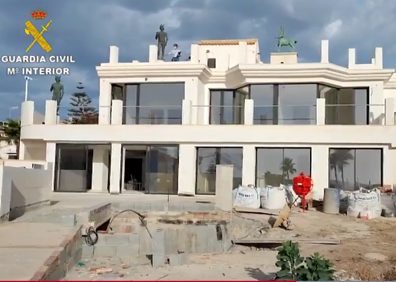 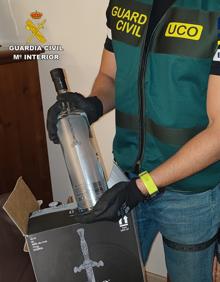 The internation investigation, carried out by the Guardia Civil's organised crime unit based in Malaga, began after a series of raids were carried out in early 2021, in which more than 200 kilos of cocaine and about 500,000 euros in cash were seized in Malaga province, in vehicles with sophisticated concealment systems.

It is claimed that the ringleader of the money laundering gang in Spain collected large amounts of cash from criminal organisations operating in the country, delivering them through a money transfer system called Hawala to organised groups in other countries and vice versa.

Police said that the main members of the organisation in Spain had created a luxurious brand of vodka promoted at shows, parties and events in nightclubs and restaurants in luxury areas of the Costa del Sol, pretending to be a successful brand of drinks. But, according to data from the Tax Agency, the company could not be supporting the standard of living of the detainees, the Guardia Civil said in a statement.

Those arrested appeared at a Marbella court where Morrissey was held on suspicion of money laundering. His wife Nicola, the CEO of a Glasgow-based vodka firm called Nero Drinks, was released on Wednesday following a court appearance. Investigators believe the drinks company acted as a front.

Globally, operation 'Whitewall' has resulted in the arrest of three people in Spain and one in England, and eleven searches have been carried out in both countries.

The main person detained was described as a 'high value target' for Europol with alleged links to the Irish gangland. He was also declared as one of the most-wanted by the American authorities. During the operation in Spain the Guardia Civil also had the support of the British National Crime Agency, Dutch and Irish Garda law enforcement agencies and a mobile office of the European Financial and Economic Crime Centre (Efecc) of Europol.

Several vehicles, with hidden compartments have been seized, along with cash, a large amount of documentation and electronic devices.

Further arrests have not been ruled out.