The walkway was damaged at a very narrow point. / sur

A team of 15 specialists, including six climbers, are being assisted by more than 20 members of staff so that one of the province's major tourist attractions can reopen as soon as possible

A team of more than 15 specialist workers are repairing the Caminito del Rey (also known as the King's Path) after part of the high-altitude walkway was damaged by a landslide on Monday night. The aim is to have the repair completed within just three days, although the weather conditions could mean the works have to halt temporarily from time to time for safety reasons. 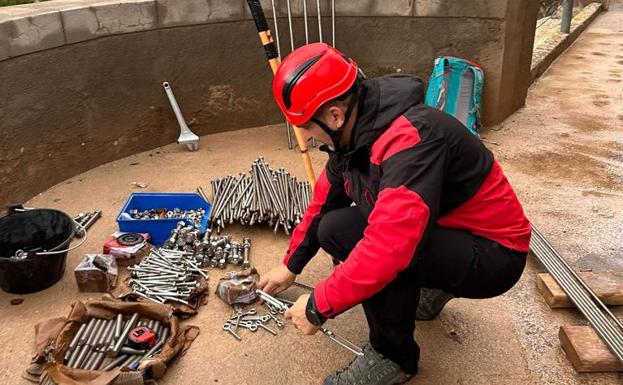 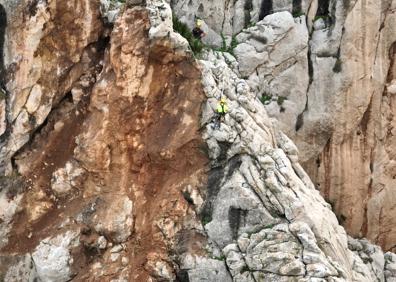 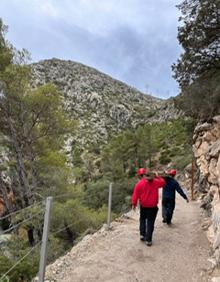 The team includes six climbers, and more than 20 members of the Caminito staff are also on hand to help out by cleaning up, removing the damaged materials and monitoring the hillside from which the earth and rocks fell.

The wood to replace the 20 metres of damaged walkway is being delivered on site today, Wednesday 14 December and the repair should be completed quickly once it has arrived.

People who had bought tickets for the Caminito del Rey for the three days during which the repairs are taking place have already been refunded. The attraction also had to close last week on Thursday and Friday due to the risk of heavy rainfall, and those customers have also been given their money back.

The landslide incident occurred at 11.18pm on Monday, and this is known because that is when the fibre optic cable that transmits information and images from the security cameras was cut off.

Specialists from the company which manages the Caminito, and from the Malaga provincial authority, say the problem was not that the stones and mud fell directly onto this stretch of the walkway, but that they fell on the opposite wall and caused the damage because it is so narrow at that point.

They also pointed out that there is protective netting on the hillsides all along the route in places where landslides or rockfalls are possible.