The tour of motorcycles roared through the town on Saturday morning. / Migue Fernández

The highlight of the weekend was the parade of motorcycles on Saturday morning. The tour began at the congress centre and roared its way through the centre of the town cheered on by thousands of locals and visitors

Thousands of motorbike enthusiasts from all over Andalucía and beyond flocked to Torremolinos at the weekend for the Komando Bike Festival, based in the town's congress centre.

Celebrating its 10th anniversary, the event was organised by the Moto Club Komando Amimoto and offered three days of live music, exhibitions, demonstrations and stunt displays, along with a commercial area where top manufacturers promoted their motorcycles and accessories. These included scooters, trial bikes, vintage one-seater cars, trikes and motorbikes of all capacities produced by Yamaha, Benelli, Honda and Kawasaki, among others.

One of the star pieces of the exhibition was a collection of classic and custom Harley Davidson motorcycles, which included a three-wheeled Harley owned by Torre del Mar resident Antonio Ríos. This was his first time at the event in Torremolinos, even though he has toured North America and Europe on his trike, which carries a Blue Badge. However, the biker does not let his disability interfere with his love of touring.

“The doctor doesn't want me to ride a two-wheeled bike in case I fall off, so I use my Harley Davidson, which has three,” he told SUR. 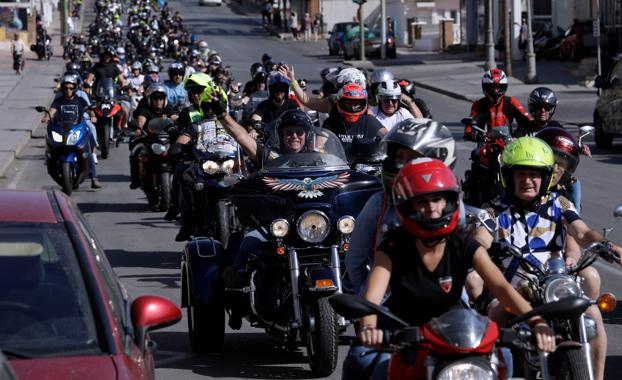 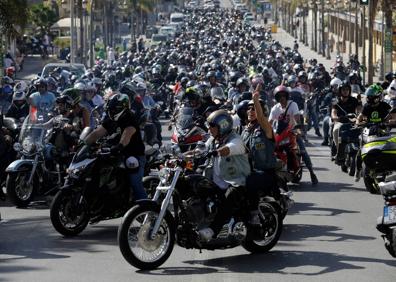 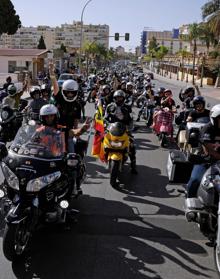 The highlight of the weekend was the habitual cavalcade of around 1,000 bikers that took place on Saturday morning. The tour began at the congress centre and roared its way through the centre of the town, cheered on by thousands of locals and visitors.

The participants included the Viking Brothers Club of Estepona, the Devil Rats from Malaga, and Paseos Domigueros Club from Seville, among others.

“We have always liked motorcycles, so we created our own family club, Devil Rats, which includes a mixture of classic and neoclassical motorbikes,” club member Francisco Soler explained.

This was the first time the event had been held since before the pandemic, and organisers had feared that the current economic crisis could result in reduced participation. However, the number of participants and attendees that turned out for the 10th anniversary of the festival demonstrated that the biker spirit in very much alive in the province of Malaga.