Specialists carried out three controlled blasts in the sand to destroy the device, similar to the one that appeared in Benalmádena last March

Emergency services were put on standby and a police cordon was put in place at Nerja’s famous Burrriana beach after two local fisherman found a United States military explosive device floating in the water.

Three members of a Spanish Navy specialist team were sent from Cadiz to deal with the military flare that was found by Francisco Pastor and José Cabello.

On Friday, the fishermen had taken the device out of the water and left it in the sand. "We thought it was a fire extinguisher from a boat or something like that, so we left it for the cleaning services to take care of, but over the weekend it has remained in the sand, and there have even been children playing with it," they told SUR this Monday, while the experts worked to deactivate the military flare, containing phosphorus, a highly flammable material. An ambulance crew was on standby and Guardia Civil officers kept curious onlookers at a safe distance.

“It was two foreigners who come to bathe every morning at the beach who eventually told us to call the ,” admitted Cabello.

Spanish Navy specialists carried out a controlled detonation of the device on Burriana beach, without any personal or material damage being recorded.

It took three attempts and the last, the strongest, was the one that caused the complete combustion of the material, generating a large column of smoke and a small fire, which took more than half an hour to extinguish. At around 5pm, more than two hours after starting the task, the military team ended the operation, taking the remains of the flare away in a steel capsule.

In normal use the maritime flares can be used to aid navigation, or signal an emergency since the flares still burn even in contact with water. An expert explained to SUR that they often sink to the bottom of the sea after use, although sometimes they don't and are washed ashore by sea currents. "Every month we have a similar calls along the Spanish coastline," he added. 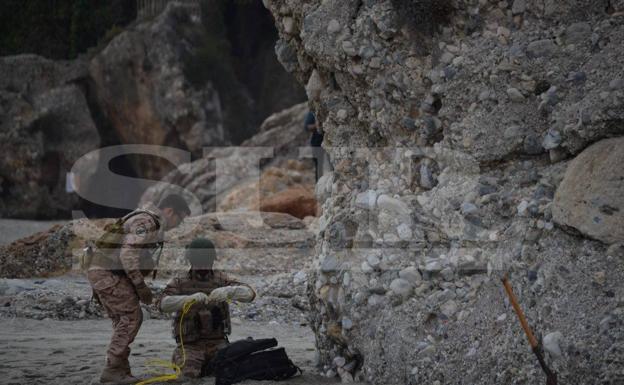 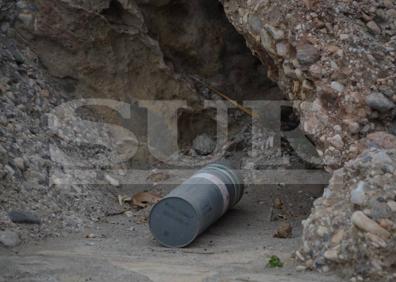 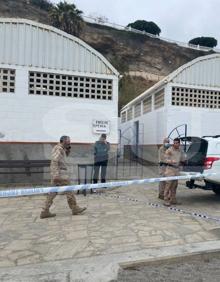