Dana Leonte's boyfriend and alleged killer: 'I am very calm. I am innocent'

The trial of Sergio Ruiz, who is the main suspect in the investigation into the death of his girlfriend Dana Leonte, the young Romanian woman who disappeared from their home in Arenas in 2019, is due to get under way in Malaga. At the end of last week Ruiz, as well as members of Leonte’s family, appeared in court in Vélez-Málaga for the final procedure in the investigation before the charges are confirmed.

While the defence is calling for the case agaist Ruiz to be dismissed, Dana's family say he should be tried for aggravated murder, but the Public Prosecution is sticking to its calls for a trial for homicide before a jury, as the court decided in July.

Lawyer Antonia Barba, who is representing the Leonte family in the case, has requested that Sergio be tried for murder, arguing that he has a history of gender-based violence and domestic abuse towards Dana.

The family maintains that there were two aggravating circumstances in the crime. One is that Sergio Ruiz "belittles the female sex", Barba argued that Ruiz has a background of gender-based violence and was reported for abuse by Dana herself - although he was acquitted on this occasion and in previous cases with former partners.

The private prosecution did not request further evidence, but looked at the facts already provided, which initially described the crime as homicide. The Public Prosecutor's Office asked the judge in the case to hire a third linguistics expert – two others have already been involved – to decipher the messages sent from Dana Leonte's mobile phone in the hours after her disappearance.

This request was made due to the different ways in which the spelling and writing are studied, which the Public Prosecutor’s Office argue, can reach very different conclusions. The one submitted by the defence suggests that these messages were written by three different people and that none of them were Dana or Sergio.

The analysis provided by the private prosecution, which hired forensic linguist Sheila Queralt to study the messages, concludes that they were written with a high probability (+4, the maximum on the scale of the international association of forensic linguistics) by the main suspect and in no case by Dana Leonte.

The Public Prosecutor's Office also requested that two forensic doctors examine the bones found during searches and confirm that they correspond to the young Romanian woman. It is also asking for a final report from the Guardia Civil which compiles all the evidence discovered in the investigation of the case.

The defence argues that the charges against Ruiz be dismissed because he is "innocent". He has requested, as a last piece of evidence, a chemical report to determine whether bleach can remove the blood stains as one of the allegations put to him was that he had thoroughly cleaned the house after Dana’s disappearance.

"She left and that's it, after what happened I don't know anything more," said Ruiz, who was released on bail in June 2020, after spending nine months in custody.

Meanwhile the Public Prosecutor's Office maintains its consideration that Ruiz should be tried for homicide, rather than the more serious murder charges called for by the family.

Dana's brother, Florín Leonte, was also at the courtroom in Vélez-Málaga on Friday. He was heard calling Ruiz a "murderer" and asked him, "How do you feel, murderer?" Florín Leonte said to the press, “It is not fair" that Sergio is free, but that he was "happy, because at last we can see the light at the end of the tunnel". He went on to say, "I let justice do its job and I hope it does it."

Barba said, "There is clear evidence, the geolocation report, which places Sergio in the area where the first remains of Dana appear, just where he says he is not," said the lawyer. Barba also said that there is "a very clear report regarding the messages and the manipulation of Dana's phone by Sergio to provide himself with an alibi, there is a lot of evidence that all points in the same direction".

Dana Leonte disappeared on 12 June 2019 and then numerous searches were carried out in different locations in the Axarquia region to locate her. Ruiz was arrested and held in police custody after a femur was found a few kilometres from the family home. Another femur was later found, both linked to Leonte.

After three years of investigation, last July the court issued a decision in which it agreed to continue the case against the defendant with a trial before a jury for an alleged crime of homicide.

The court document pointed out that "the accusation made" against the defendant was "plausible" and that these facts "for the time being and without prejudice to further classification, have the characteristics of a homicide offence”.

The investigation pointed to "important indications" against the accused as a result of the telephone interceptions, geolocation devices and testimonies. However, later on, a court of appeal considered Ruiz should be released on bail. 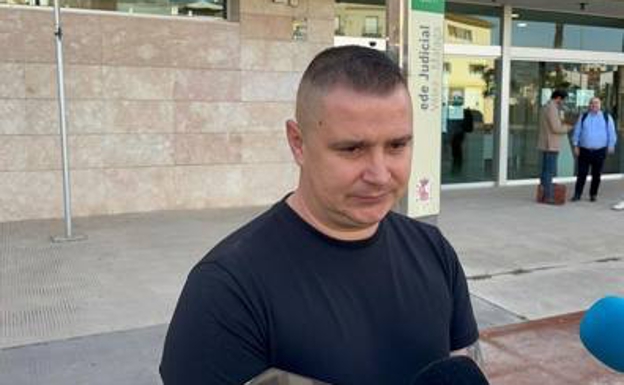 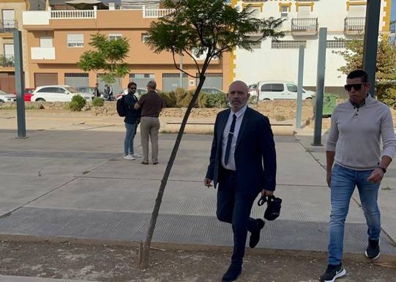 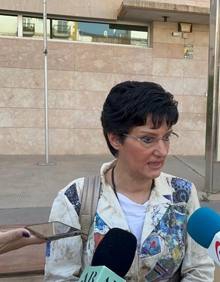