A unique Swedish show on the Costa del Sol

The Stefan and Kim show is often described with conflicting adjectives - high and low, beautiful and ugly, funny and poignant. What is for sure is that they are indeed completely unpredictable artists who play instruments in a way you have never heard before.

The duo consists of Stefan Arwidson and Kim Strandberg who were both born in Småland, Sweden, though they met during their studies at the Malmö Academy of Music. In 1984, they started performing together, and since then Stefan and Kim have been a close-knit performing duo.

Their performance is often described as energetic. Everything is kept lyrically and musically at a comical and upbeat level, with little quirks here and there

When Stefan, with his beautiful voice and a four-octave range, plays his guitar, he sounds superb. Meanwhile the grand piano is dominated by Kim, whose fiddle-playing is admired by many as well. Their performance is often described as energetic. Everything is kept lyrically and musically at a comical and upbeat level, with little quirks here and there.

The start of this year brought the duo to the Costa del Sol. This was not their first visit: in recent years they had both come here on holiday, though never together. So, if before Stefan and Kim associated the Costa del Sol with, as they put it, “happy life in happy sun with happy people,” now it also means hospitality and success.

"This January was the first time we played 'gigs' on the Costa del Sol. We made three stops at the most 'Swedish spots'. First we performed at Los Naranjos, a golf club in Marbella. That was a real party. There we received overwhelming applause from the public which was very international.

"Then we went to Almuñécar as we had been invited by the members of the local Nordic club. There we proved that we are able to entertain audiences of all ages. It was a very nice and friendly concert in two acts. The culmination of our short tour was in Nerja, at Los Caracoles del Sevillano. It was in the open air in the sunshine, with an amazing view over the coast. And that is what Stefan and Kim are about,” the duo told SUR in English. 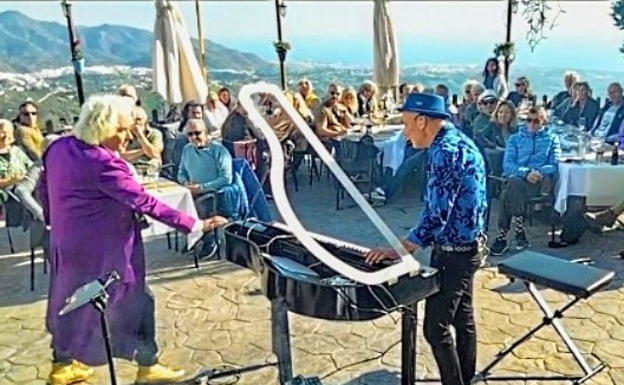 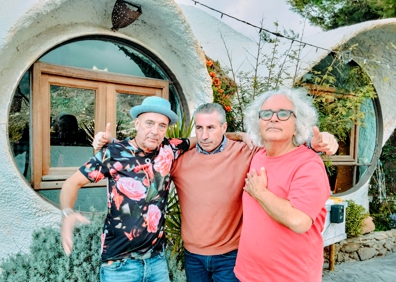 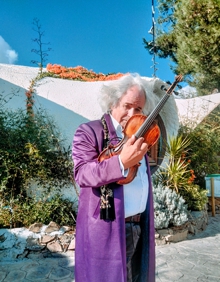 Nerja is becoming more and more popular with Swedish residents and visitors. Los Caracoles del Sevillano is considered a magnet for Scandinavians. Around a hundred people flocked to this rural hotel and restaurant for Stefan and Kim's performance earlier this month.

“At Los Caracoles, we are glad to welcome any events dedicated to international residents. For example, last June we celebrated Sweden's national day for the first time, and now so many Swedish people gathered together here to enjoy the famous Swedish duo as well as the typical Andalusian food," Joaquin 'El Sevillano', owner of Los Caracoles, said.

"The duo's show looked and sounded idyllic in this picturesque environment. The majority of their performance is in the music, with rap lines and short monologues as an introduction to what happens next. We are thankful that Stefan and Kim chose to do their show in English. So their comments and anecdotes were understandable even for our regular guests from Great Britain and Ireland,” added the owner.

Before Stefan and Kim associated the Costa del Sol with holidays, as they put it, “happy life in happy sun with happy people,” but now it also means hospitality and success

Annika from Gothenburg, in Nerja on holiday, was surprised to see Stefan and Kim show on the Costa del Sol. In Sweden she used to attend their special Christmas shows. And in Nerja she suddenly got the chance to enjoy their performance outdoors, in sunny and warm winter weather.

"These two virtuosos play grand piano, violin and guitar and sing... even the Spanish classic 'Concierto de Aranjuez' by Rodrigo"

“It's simply hard to describe two virtuosos who play grand piano, violin and guitar and sing... even the Spanish classic 'Concierto de Aranjuez' by Rodrigo. It was completely on an international scale. I think there is no other constellation of artists in the world that performs this mixture of music styles, and in the way they do it. Besides, with humour, precision and seriousness. Frankly, I laughed uncontrollably, and even cried a little because it was so beautiful,” Annika said.

The show must go on

The Stefan and Kim show, filled with music, songs and a large measure of liberating humour, is very popular in Scandinavia. Their artistry takes them all over the world and half of their work is done abroad.

They have played for the world's leading companies, at sporting events such as the Ryder Cup and the Olympics, and at international festivals.

They have performed to sell-out houses in the USA, Asia and Europe, and played to oil millionaires in Kuala Lumpur and midsummer events in New York.

Now the Costa del Sol is firmly on this duo's wishlist of upcoming performance venues.

"We feel that the Costa del Sol is a good place for Stefan and Kim, and we think is that we could easily come down here for periods [of time]"

“We have performed in many countries, even in Spain, but the Costa del Sol is very very special. We feel that it is a good place for Stefan and Kim. We think we could easily come down here for periods [of time]. So we will be back soon, much earlier than you think, in spring,” Stefan and Kim said.