All cities, towns, villages and many private homes and businesses in southern Spain set up a nativity scene for Christmas, but some are more imaginative than others

Setting up a nativity scene, or a Belén (Spanish for Bethlehem), is one of the many traditions embedded in Christian culture since at least the mid-thirteenth century. During the Christmas season, a nativity scene is displayed in every town and village in Spain. Over recent years, attempts have been made to install unusual and unique Belenes, in order to create more interest and appeal to more tourists.

The term ‘nativity scene’ is used for any representation of the birth of Jesus in art. In Malaga there is a Belén that is a collector’s dream. In 2009, the owner of the Museo de Vidrio in Malaga, Gonzalo Fernández-Prieto, installed a Belén with Lladró porcelain figurines. The Lladró factory is known for producing unique religious figures depicting Mary, Joseph, and the Baby Jesus, together with the Three Kings, angels, and many assorted animals. Most Lladró pieces are no longer manufactured, making them even more valuable to collectors. The hundred Lladró pieces from Fernández-Prieto’s private museum collection make up different scenes. Even Lladró’s Cenachero (fish vendor), a typical and traditional figure of Malaga, forms part of the nativity scene.

On the Costa del Sol, Christmas also reaches the bottom of the ocean. This peculiarity was possible in Benalmádena thanks to Sea Life. In this local aquarium and research centre you can find a traditional nativity scene in an unique environment. The nativity scene is underwater and accompanied by the resident sharks and other extraordinary creatures such as seahorses and rays.

This Belén is located in one of the sweetest locations, literally. The town of Rute in Cordoba province, is known for its anis and chocolate production by the family firm Galleros Artesanos. Unsurprisingly, the local nativity scene there is made of chocolate.

It took seven chocolatiers working eight hours a day, during four months, to make it. This year’s edition covers 66 square metres and contains more than 1,400 kg of white and dark chocolate. There are 170 chocolate figures accompanied by some marzipan figures.

An English tradition many years ago was to make mince pies with a minced meat mixture, sweetened with spices and fruit, to represent the gifts of the Wise Men.

This unusual nativity scene not only has sparked controversy in Seville but has brought the bakers serious trouble. A court in Seville has apparently opened an investigation to determine whether the cake-shop has committed a crime against religious feelings.

In the neighbouring region of Extremadura, there is a monumental nativity scene made of plasticine. For the third time, Cáceres is exhibiting 220 handmade figures created from about 40 kilograms of plasticine. The figures are supported by an interior metal frame. The Belén occupies 40 square metres and in addition to the traditional nativity scene, it depicts the daily routines of local people.

Arcos de la Frontera in Cadiz province, is known as Andalucía’s pioneer of the Belén Viviente (living nativity scene). In December, the historic Plaza del Cabildo, is decorated with palm leaves and transformed into a theatre.

Hundreds of people flock to watch local residents playing their roles. About 30 different scenes tracing the nativity story, from the Visitation to the Birth are staged. The atmosphere of the city of Bethlehem is created by costumes and staging made by hand. However, this year, because of the Covid-situation, Arcos de la Frontera as well as the neighbouring town of Medina Sidonia (that also arranges live performances), have decided to postpone the celebration of the living nativity scene until next year.

For somebody visiting the Christmas lights display in the Galician city of Vigo, they might come across the small town of Viveiro, the capital of A Mariña Occidental region.

One of the largest nativity scenes in the country is installed there, around the church of Santa María. Being surrounded by the life-sized statues it is easy to lose orientation in time and find yourself travelling back to ancient times.

The Belén serves as an open-air, ethnographic museum where the life of local people is depicted by technological installations. Surprisingly it is not well known outside Galicia. 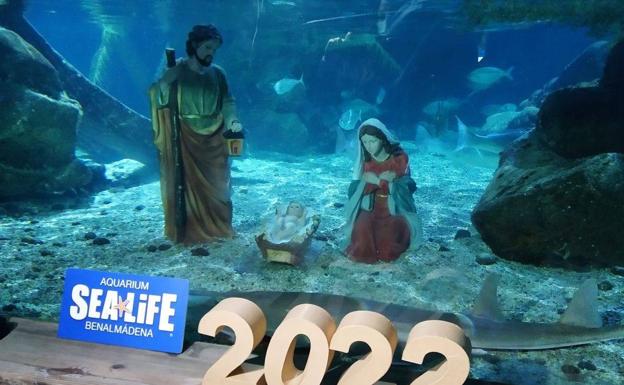 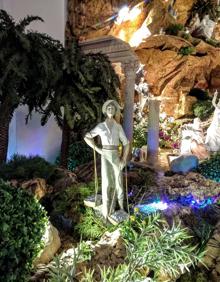 There are many different types of Nativity scenes. / SUR