For the last 50 years the Costa del Sol has been home to a museum with an unusual collection that belonged to one of Spain's most mysterious characters, known for his supernatural powers and his unique hobby

In the centre of Mijas Pueblo you come across a yellow "wagon" with the description outside explaining what can be seen inside - stuffed dressed fleas, a naval battle on the head of a pin, a ballet dancer out of a toothpick, among others. There are more than 360 items in the collection that belonged to a mysterious character, known as Professor Max.

His real name was Juan Elegido Millón. He was born in 1912 in the very centre of Spain - in Brihuega, Guadalajara province. Juan studied medicine, he was a teacher, a practitioner and even a journalist. However, he gained the fame all over the world as a self-taught hypnotist and magician.

(He is not a sorcerer as he never invokes the devil... He is not a magician as he has faith, grace... He only fuses science and art. His power comes from the one from whom everything emanates.)

Juan Elegido's father, Constantino Elegido was a doctor too, and it is thought that he used to use hypnotism in some operations, like pulling teeth. Apparently, Juan watched him and learned by copying him.

His did his first hypnotism at school, where he astonished and even scared people with his unusual skills. Unsurprisingly, his "tricks" became popular and many wanted to see them.

Professor Max studied medicine, he was a teacher, a practitioner and even a journalist. However, he gained fame all over the world as a self-taught hypnotist and magician

Juan's performances were mostly staged in nightclubs and bars. In a theatre in Navalmoral de la Mata (Cáceres province) Professor Max started showing a series of magic tricks with an act of suggestion and hypnotism. However, when once he messed up the magic tricks, he had to continue with hypnotism only. It worked much better, and his show was a real success. 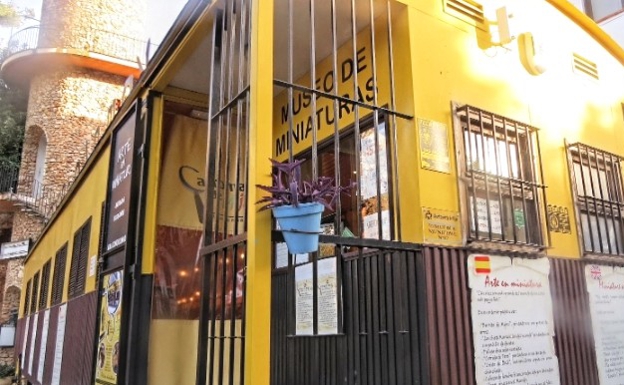 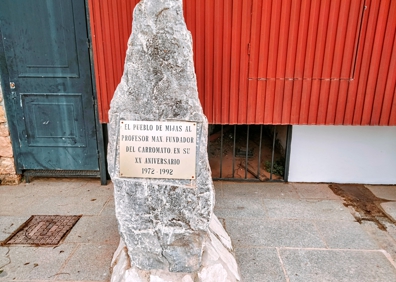 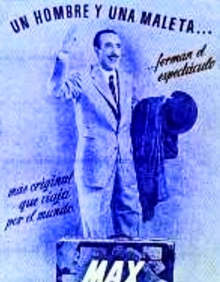 Professor Max travelled all over Europe and Africa with the show One Man and a Suitcase (Un Hombre y una Maleta). He spent most of the time in Africa, driven by his adventurous spirit. They say that his endless anecdotes helped him with communication and even in obtaining miniatures.

Professor Max obtained the "head of the shrunken white man", the most valuable piece in his collection. Incidentally, it is believed that the hair was analysed by the FBI, which certified that this head was indeed that of a white man...

It is believed that when Professor Max was unable to gain access to a Baluba tribe, he set up a hypnotism session on the road through which the leader of the tribe had to pass. He was a witchdoctor. So, when he saw Professor Max develop his powers of hypnotising, he offered him whatever he wanted in exchange for revealing his secrets to him.

From this encounter Professor Max obtained the head of the shrunken white man, the most valuable piece in his collection. Incidentally, it is believed that the hair was analysed by the FBI, which certified that this head was indeed that of a white man, apparently of a Caucasian missionary who had been in those lands for a hundred years.

50th anniversary of the Mijas museum

Professor Max was considered a bohemian, with taste for antiques. The preference for collecting small precious objects was practical. Professor Max used to say that he had neither money nor a house big enough to keep larger objects. On his travels, the collector accumulated roughly 30,000 miniatures from all over the world, valued now at about 600,000 euros. He always wanted to set up a museum that would let him live a wealthy old age.

Thirty years ago the museum underwent a grand change. In 1992 they replaced the old wooden and plate metal wagon, which housed the collection, with a new construction was erected in the image of the original. Though its romantic air was lost, functionality and security were gained. With the renovation of the building, the installation was modernised and equipped with sufficient security measures.

The miniatures in the Mijas collection were made using a wide variety of materials, mostly school chalk, soap, pins, matches, breadcrumbs, and toothpicks. The head of a white man is the most popular piece. Other miniature curiosities are favourites of visitors, such as a portrait of Abraham Lincoln painted on a pinhead, the Lord's Prayer written on the edge of a business card, a representation of The Seven Wonders of the World painted on a toothpick, and a copy of The Last Supper by Leonardo da Vinci on a grain of rice.