Snowing in Pamplona. / EFE / VIDEO: AT

Despite the April Fool's Day jokes about it having snowed on Benidorm's beaches, some of the country did wake up to a blanket of snow this morning

On April Fool’s Day it’s sometimes difficult to tell what is real and what is fake, but despite numerous jokes on social media about it having snowed in Benidorm there is actually a lot of snow in northern and some parts of eastern Spain and the Balearic Islands at the moment.

The Asturias, Cantabria, the Basque Country, La Rioja and, especially, Navarra woke up this morning under a blanket of snow and Spanish prime minister Pedro Sánchez had to cancel his planned visit to the National Renewable Energy Centre in Sarriguren, Navarra, today.

We have a name to blame for this: Storm Ciril, an Atlantic front which has brought a flow of cold air which is sweeping much of the country. 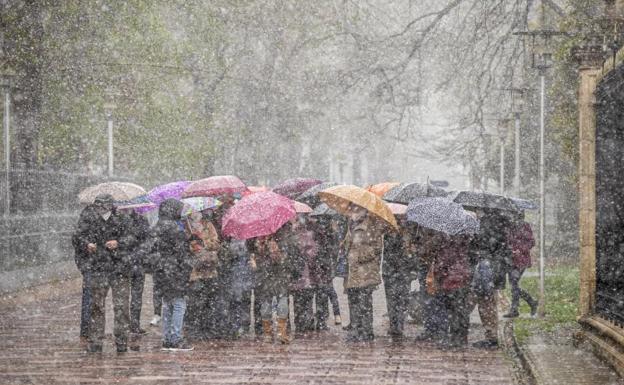 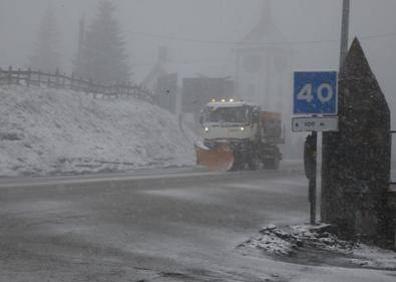 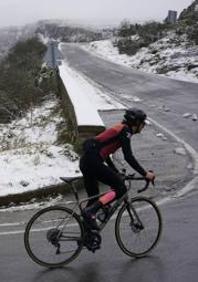 The biggest problems have been on roads in Cantabria and Navarra, and on Thursday the Traffic authorities warned drivers to check the state of the roads before travelling because tyres will need to be fitted with snow chains in some cases. In Asturias, Aragón, Cantabria, Castilla y León and Catalonia, the Ministry of Transport had already prepared 826 snow ploughs to clear roads today.

Meteorologists say this snowy weather will be short and concentrated in those areas, but it will be followed by a drastic drop in temperatures over the next few days. In some places the winds are expected to be strong, with gusts of up to 100 km/h, coastal storms and intense rain.