Some of the stuffed animals. / GUARDIA CIVIL

The owner of the taxidermy museum says he inherited most of them from his late father, Ros Casares, and the authorities are now inspecting the paperwork to see whether they were obtained illegally

The taxidermy museum owned by the son of a well-known Valencian businessman was raided by the Guardia Civil on Thursday, and they found 1,090 stuffed animals, 405 of which are protected species and some in danger of extinction, such as the Bengal tiger. The contents are estimated to be worth 29 million euros on the black market.

It was the Guardia Civil’s Nature Protection Unit (Seprona) that carried out the search of two warehouses and a residential property in Bétera, in what they called Operation Valcites. They discovered the stuffed animals and 198 ivory elephant tusks, in a collection that covered an area of about 50,000 square metres.

Of the 1,090 stuffed animals, 405 are covered by the CITES convention (Convention on International Trade in Endangered Species of Wild Fauna and Flora) and some are extinct, like the scimitar oryx (oryx dammah) or practically extinct such as the Bengal tiger.

After searching the museum, the Guardia Civil found different types of animals with different levels of protection, such as cheetah, leopard, lion, Lynx, polar bear, snow panther and white rhinoceros. Seprona will now analyse all the documentation provided by the owner to justify his possession of these animals. He says he inherited most of them from his father. 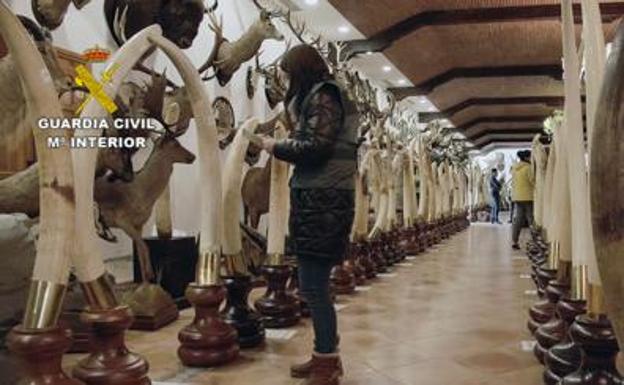 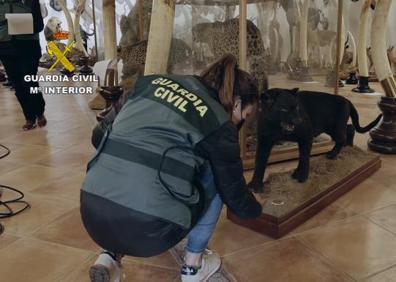 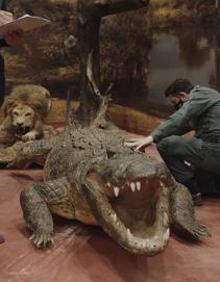 Some of the stuffed animals that were siezed by police. / GUARDIA CIVIL

Operation Valcites is the biggest seizure of protected stuffed animals in Spain and one of the biggest in Europe. Europol was also involved in the operation.

The owner of the taxidermy museum is a well-known Valencian businessman whose father is the late Francisco Ros, the founder of the Ros Casares steel distributor and service centre. He is accused of a continuous offence against flora and fauna and is also being investigated for contraband. The investigation is continuing, to determine which appendices to the CITES convention he has failed to comply with.

This operation was carried out as part of EMPACT (European Multidisciplinary Platform Against Criminal Threats), a multidisciplinary platform for which the Guardia Civil is the co-leader.