Letizia Ortiz Rocasolano, a journalist from a middle-class family, married the Prince of Asturias in 2003 and became queen when King Juan Carlos abdicated in 2014

Queen Letizia of Spain is celebrating her 50th birthday today, Thursday 15 September. She was not born to be a queen; in fact, she always dreamed of being a journalist and that became the profession she adored until she met and fell in love with the then Prince of Asturias, Felipe.

Somehow they managed to keep their relationship top secret, and it came as a surprise to practically the whole country when their engagement was announced on 1 November 2002, when she was 31.

The official ceremony at which Prince Felipe asked for her hand in marriage took place five days later at El Pardo palace, and a statement was issued to announce that their wedding would be early in the summer of 2003, at La Almudena cathedral in Madrid. Nothing more.

The wedding took place on 22 May 2004 and Letizia Ortiz Rocasolano, the journalist and TV news presenter from a middle-class Asturian family, was instantly converted into a princess. But this was not a fairy tale and it was not easy for her. Everything she did was closely scrutinised, and not always with her best interests in mind. Until she arrived at La Zarzuela palace, no member of the Spanish royal family had ever been under such media pressure. 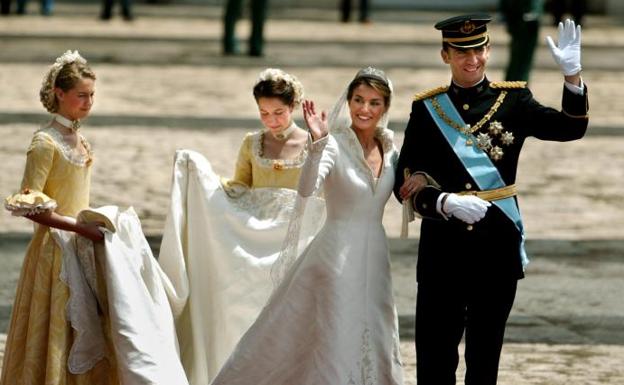 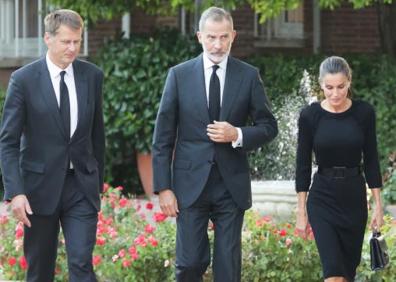 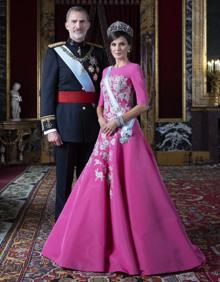 The couple had two daughters, Leonor and Sofía, and from 2007 onwards Letizia, Princess of Asturias, had a busy royal agenda in her own right. As the princess, she took part in 1,500 ceremonies at the palace, travelled all around the country, received nearly 8,000 people in more than 250 audiences and made over 60 trips abroad, taking part in 400 official events.

And despite all this, people still seemed to be more interested in what she wore than the work she did.

The then Princes of Asturias, with Leonor, in the arms of her father, and Sofía, a newborn, with her mother. / SUR

From princess to queen in a matter of days

Letizia Ortiz Rocasolano may not have dreamed of marrying a prince, but when she did so she certainly was not expecting to become a queen so soon, either.

On 2 June 2014, King Juan Carlos announced that he was abdicating after 39 years on the throne and 17 days later, the Princess of Asturias became Queen Letizia of Spain. However, she seemed to settle easily into her new role: it was one she had been preparing for since becoming a princess 11 years previously, and she has said that her mother-in-law, Queen Sofía, had been the perfect role model: the only woman on earth to have been a queen, the daughter of a king, the sister of a king and the mother of a king.

Queen Letizia is the first consort in the history of Spain with no royal or aristocratic heritage. The royal couple have always wanted their children to lead as normal life as possible. Letizia had a very normal childhood, but her life changed tremendously and forever as an adult.

She has had her detractors ever since joining the royal family, but in general the public approve of her and seem to think she is doing a good job so there will no doubt be many congratulations, greetings and gifts on this, her 50th birthday.