Emergency services respond to more than 100 storm-related incidents on the coast, as winds gust to 90km/h

A beach bar in Fuengirola has been flattened and 112 personnel across the province have also had to deal with fallen trees, advertising signs and Christmas lights

Spain’s Costa del Sol has been battered by the forecast storm this Friday morning, 19 November, leaving trail of destruction in its wake. Emergency services have responded to more than 100 incidents after gusts of wind registering almost 90 kilometres per hour were recorded by the national weather agency, Aemet, in Fuengirola and 70 km/h in Malaga city. Two injuries have been reported, so far.

The winds combined with high waves along with coastline, have left many businesses having to pick up the pieces. The injuries were reported in Fuengirola, when a man was hit by a metal bar and the other was in Malaga after a pot fell from a rooftop.

But the most serious incident, so far, is the flattening of the Bikini Beach chiringuito, a wooden beach bar located near the Sohail castle in Fuengirola. At the time the storm struck there were no staff or customers inside, so no injuries have been reported. 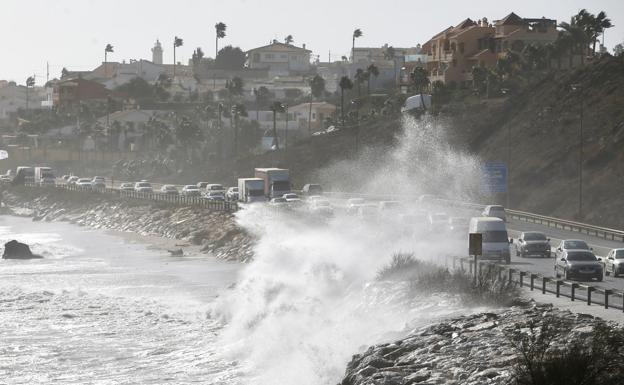 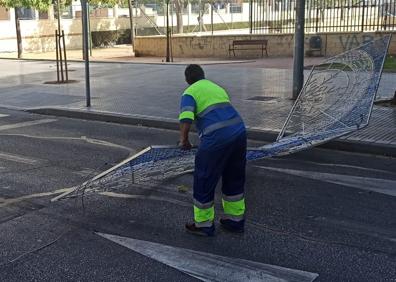 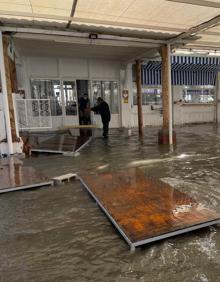 In Malaga city, firefighters had to make the façade of the Provincial Council headquarters safe, after part of the metal ‘cloak’ that surrounds the building came off.

The 112 Andalucía emergency service control room has reported that most storm-related incidents have been reported in Malaga city and Fuengirola and involved trees, Christmas lights, traffic lights and signs coming down. Some parked cars have been reported damaged.

High waves have also been recorded along the coastline and an amber weather warming remain in place for the rest of the, reverting to a yellow alert on Saturday.