The Battle of Fuengirola by January Suchodolski. / SUR

The Battle of Fuengirola

The event, on 14 October 1810, was seen as a defeat for British troops, in a battle that caused some 60 deaths and hundreds of injuries

On 14 October 1810, Fuengirola Castle was attacked by 2,500 troops and 10 ships. The assault would fail for three days causing over 60 deaths and hundreds more injured. This event would enter history as a victory for the Polish troops fighting for France and an ignominious defeat for the British. Locally, it is not remembered; there are no museums, monuments or commemorative plaques. Wars are complex and sometimes convenient to forget.

In the background: the 19th century was a difficult time for Spain, facing lost colonies, national bankruptcies, military coups and newly powerful European neighbours. In 1808 France claimed the Iberian peninsula and installed the brother of Emperor Napoleon as King of Spain. Britain had been at war with France since 1803 and joined the Peninsular wars to reinstate the Spanish crown. This war was fought in 60 battles and 30 sieges where France and her allies lost 91,000 troops with 237,000 wounded.

The British planned an attack to draw defences away from the Portugal to Madrid battlefront. The expedition was led by Lieutenant General Andrew Thomas Blayney, 11th Baron Blayney, a British aristocrat, Irish landowner, soldier and politician. 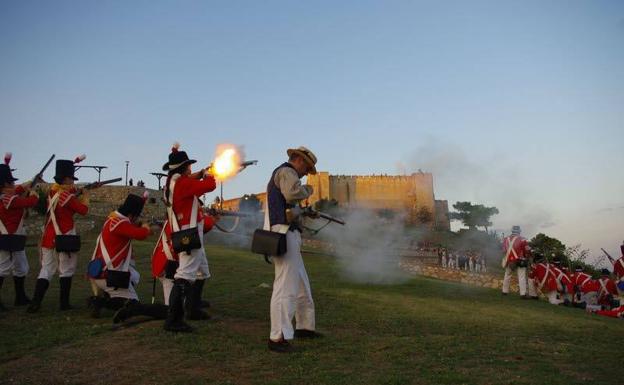 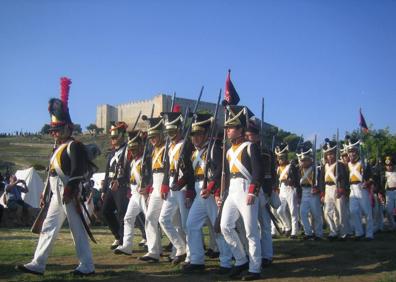 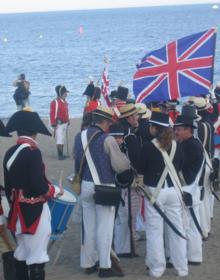 The reenactment of the battle staged in Fuengirola in 2010. / SUR

The expedition included 2,500 British, German and Spanish troops, the Royal Navy's newest battleship with four gunboats and five frigates. The original plan had been to attack Malaga, but at the last minute Lord Blayney chose this easier symbolic target. It should have been a formality; a metaphor in a chess game, the castle was outnumbered and outgunned.

The invaders disembarked at La Cala at first light on 14th and marched north through scattered rain that would continue for the duration. At 2pm troops formed outside Fuengirola Castle while 10 ships emerged from the mist. To the 214 defenders of the castle, this sight must have been fearsome but when the British invited them to surrender, in words lost to history, they refused.

The battle began with cannon fire from the ships, but they lost accuracy due to the rolling sea. Return fire from the castle sank one of the gunboats and badly damaged three others. When the naval bombardment ended in chaos, 500 troops advanced towards the castle. They were easy targets from the battlements, five were killed and many more injured. The invaders then gave up for the day to spend a night in the rain.

During the night the British were too busy unloading cannons to notice reinforcements entering the castle. At first light the next morning, a cannon placed on the hill collapsed one of the castle walls.

The infantry advanced to secure this new entrance. To their horror, Captain Mlokosiewicz led 130 soldiers with fixed bayonets in a downhill charge under the covering fire of the castle. The second day resulted in more casualties and no sign of the rain ending.

The third day may have been a good time to leave given the rain, mounting casualties, a continually reinforced castle and low morale. The only way Blayney could keep his battered army on course was to lead it from the front, which he did with astounding bravery.

Blayney formed 700 soldiers into line on the beach and led them toward the castle. Again Captain Mlokosiewicz and 200 soldiers charged down under the castle's covering fire. Simultaneously 200 Polish troops from Alhaurín and 30 French cavalrymen from Malaga joined the battle.

For the invading troops, after three days of rain, defeat, death and mounting casualties, they could do no more. Blayney stood his ground until he was surrounded and taken prisoner along with a small number of his men.

The battle ended when Blayney was brought to the battlements and ordered to signal his fleet to go home; they obeyed. The casualties tell the story: the Polish lost 20 lives with 100 wounded, the invaders lost 40 lives with 270 wounded. This figure may be higher; there are missing pages from regimental records. Various inquiries blamed the debacle on bad intelligence and the weather.

Blayney spent three years as a prisoner until exchanged for Irish political prisoners; his sword and a painting of the battle are in a museum in Krakow. In his diary he records the best testament a castle could get from an invader,

"The Castle I found to be a good deal stronger than it had been represented."

This was a victory for the Poles and a morale boost for the French, but the real winner was the castle. Fuengirola Castle stands today after a thousand years, and (to paraphrase) if it should stand for another thousand, this will have been its finest hour.