One of the new resort's swimming pools. / CLUB MED

Marbella can now boast a new luxury family holiday resort with 14 hectares of gardens in the Sierra Blanca. Club Med Magna Marbella will open to guests on 20 May in the former Don Miguel hotel, which closed 17 years ago. The president of Club Med, Henri Giscard d’Estaing, saids his group plans to make this Marbella hotel the company’s flagship in Spain.

Yesterday, Monday 9 May, the French hotel chain gave a preview of the new facilities to invited officials, including the Mayor of Marbella, Ángeles Muñoz, and the press.

Officials at the opening on 9 May. / DAVID LERMA

The new resort will be run on an ‘all-inclusive’ basis and will be able to accommodate 1,000 guests. There are 485 rooms on 14 floors, several restaurants, five swimming pools, a spa, kids’ club, ten tennis courts with three different surfaces, a basketball pitch, beach volleyball, golf practise court, gym, circus school and six padel tennis courts. There are also 14 conference rooms, the largest of which has space for over 1,000 people, because the group also plans to attract events and congress tourism. 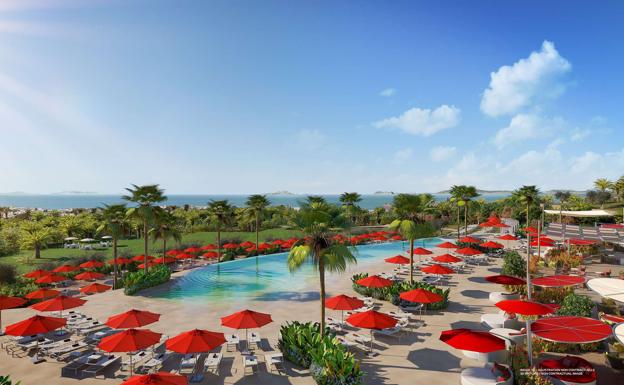 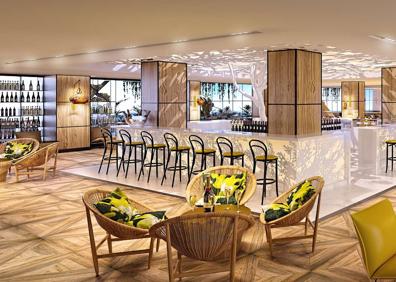 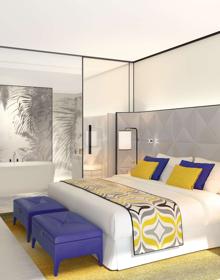 Speaking at the opening ceremony, the head of Club Med, Henri Giscard d'Estaing, said, "Today is a very special day. Club Med has returned to Marbella, it has returned to Spain, it returns to where it was born.” In reality, the Don Miguel hotel has always been linked to the Club Med since its opening in 1975. Certain financial disagreements with the previous owner led to the resignation of its management. Now they have returned to make it their "flagship".

Although the Club Med Magna Marbella hotel satisfies the tastes of a very familiar clientele made up mostly of French and Belgians, Giscard states that "a project like this does not make sense without the local presence". His idea is not only to welcome the pragmatic French-speaking tourists with their different vacation requirement, but to create "more sustainable tourism". 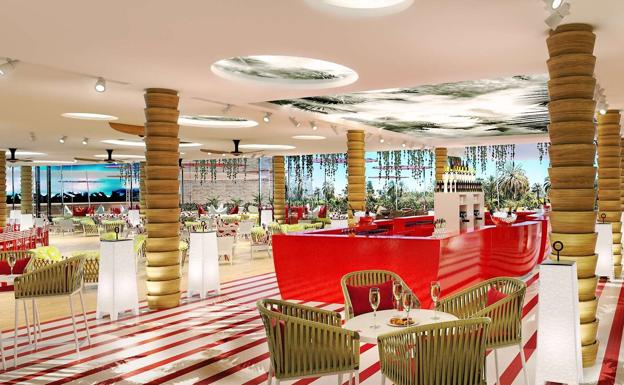 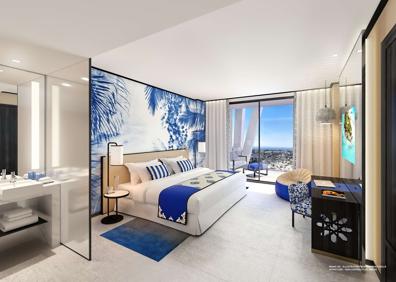 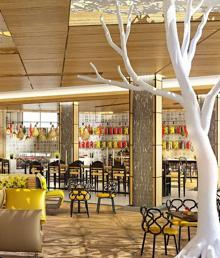 Computer-generated images of the new resort.

Jihad Megharief, director of Magna Hotel & Resorts, also spoke at the official opening, saying that "we are in a modern hotel, adapted to the new times." The facilities, spread over 60,000 square metres of green and sports areas, "will be a great experience, especially for families."

Marbella’s mayor, Ángeles Muñoz, added, "today is a long-cherished day. Club Med has returned to a town that this year has been recognised as the second best destination for travel by the prestigious European Best Destinations website", only second to Slovenian city of Ljubljana, which has no sea or beach.