Roads are being resurfaced, parks and playgrounds improved, new car parks and cycle lanes created and much more in the run-up to the local elections in May

A raft of major projects and smaller improvements are currently being carried out all over Malaga province as councils are keen to make a good impression by finishing the work before the next local elections take place in May 2023.

In Malaga city centre, for example, the council there wants to see progress on making historic streets such as Carretería, Álamos and Trinidad Grund semi-pedestrian before going to the polls, but that is not all. It is also improving street lighting and moving electricity cables underground in Avenida de Plutarco in the Teatinos district, turning it into a temporary building site, among other projects.

And it is not just in the province's main city where councillors are keen to make the right impression. In Ronda, for example, there is excitement at the prospect of a footbridge over the railway line at last, while in Fuengirola the council has embarked on remodelling seven streets in the Torreblanca area. The Plaza de San Miguel in Torremolinos is about to get a facelift and, in almost every town and village, there is the sound of building work as pavements are repaired, roads are resurfaced and new parks and children's playgrounds spring up out of nowhere.

But this is just the start. Mayors and councillors have their sights set on the May elections and are pressing the accelerator to complete as many projects as possible which until now had been lurking in a drawer or had been held up for different reasons, such as complex bureaucratic procedures or companies withdrawing from contracts because of rising costs. Their time has come now, and everyone is in a hurry. This is classic behaviour which happens every time local elections are coming up.

The list of works being carried out by Malaga council is pretty long. Among the most significant are the aforementioned improvements to Calle Carretería and Calle Álamos and the remodelling of the adjoining Plaza de San Pedro, as well as those which have just begun in Trinidad Grund to expand the semi-pedestrian area in the Alameda Principal. These are expected to be ready by the spring, and more works are planned to make Llano de la Trinidad traffic-free as well. 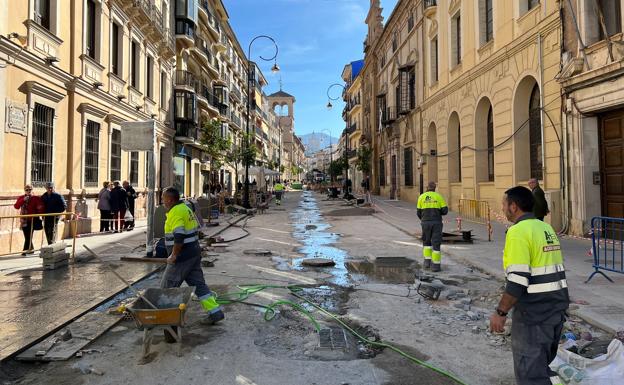 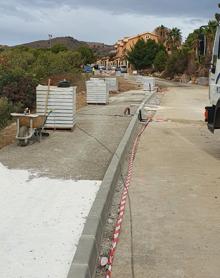 By the beginning of May the council hopes the 412-space (146 for residents) car park in Echeverría del Palo will be finished as well as the project to move electricity cables at El Romeral underground, after five years of studies and bureaucracy. Also, although no works are involved, the city's 12,669 rubbish containers are gradually being replaced.

Also expected to be ready before the elections are the four cycle lanes which, after the project was blocked for a year, are now being created in Juan XXIII, Héroe de Sostoa, La Malagueta and Teatinos, and there is a list of 70 action points to be carried out to improve children's play areas during the rest of this year and part of 2023.

Along the same lines, numerous improvements are planned for the city districts, such as the new paving in Calle Góngora, embellishing the central reservation in the main street in Puerto de la Torre (Avenida Lope de Rueda), and creating a mosaic at the entrance to that district from El Atabal. A number of projects are also under way to resurface and repair some of the main roads in the city (at a cost of four million euros over two years), repair bus lanes, stabilise rural roads and asphalt streets in different districts. These were recently contracted, with the works to be carried out in two stages at a total cost of 2.7 million euros and a completion period of nine months.

Fuengirola council has also begun to carry out 28 projects at a cost of over 15 million euros. These include creating a large park in La Loma area, changing around one thousand street lights to LED, remodelling 16 streets, creating a municipal nursery, putting a roof over the sports facilities at schools, revitalising the natural park (children's play areas, zipwire and barbecue area), a new recycling centre at La Loma and remodelling the Suel football ground and Castaño Park in Torreblanca, among others.

In neighbouring Benalmádena work is under way to improve the access to La Paloma park and fill in potholes in numerous streets, tidy up all the planters in Avenida Agua Marina and create a new pedestrian access to Carvajal beach. Among other projects planned for the next two months are two new phases of the Al-Baytar park, the extension to the library in Arroyo de la Miel, the creation of a centre for new businesses in Plaza Solymar, a citizens information office in Benalmádena Costa and remodelling the Doña Gloria social centre. 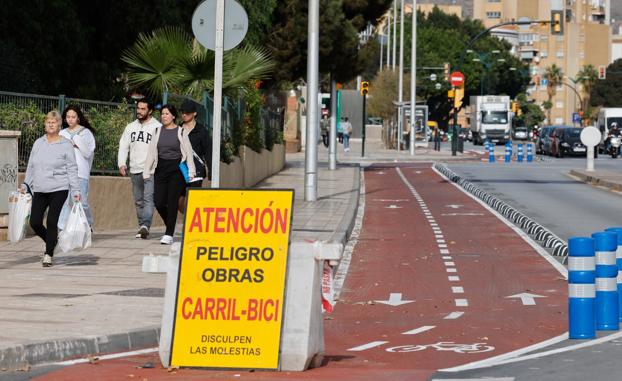 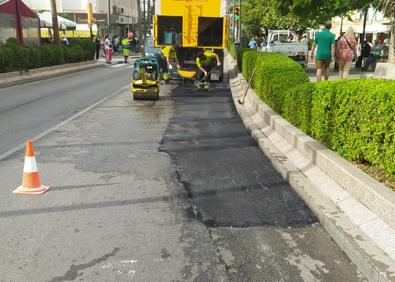 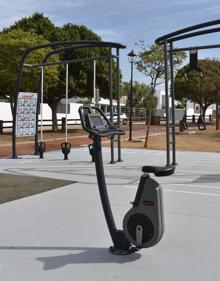 Meanwhile, Torremolinos council has created a new free parking area with 400 spaces at Los Palacios, is replacing the seating in the Plaza Costa del Sol and Avenida de Mallorca and is improving the facilities at the Pozuelo II football ground. Also on the 'to do' list are the reform of the community social centre, the remodelling of Plaza San Miguel and Plaza La Nogalera, new children's playgrounds and sports facilities in different parts of the municipality and improving the appearance of areas such as El Calvario and La Cañada del Lobo.

In Marbella the council is carrying out a general plan to resurface, maintain and improve streets in the municipality.

However, what many local residents are very keen to know is when the new underground car park in Calle Doha, in the Divina Pastora district, will be ready. This is much-needed as it is in one of the most densely populated areas of the town. The car park will have space for 167 vehicles, and will be run by the council with prices set at one or two euros for 12 hours, day or night. The works were expected to take 14 months to complete but the local authority is trying to get them finished within 12. As they began in March this year, that would mean the car park could be open before the elections take place.

In Alhaurín de la Torre, the council is also trying to improve many streets and public areas before the elections. The budget for 2023 places the focus on "improvements for local people" including street cleaning and clearing, rubbish collection and maintaining and preserving infrastructure. Over 60 actions have been planned, each costing between 35,000 and 65,000 euros and they include embellishing public squares, improving rural areas, repairing pavements, new furniture and material for social centres and updating children's playgrounds, among others.

Ronda council has a similar plan in mind and is carrying out numerous works in the town including road resurfacing and street improvements in general as well as more ambitious projects such as building a footbridge over the railway line near El Fuerte sports centre.

On the other side of Malaga, in Antequera, the local authority hopes the total remodelling of Calle Infante don Fernando, the main street of the town, will be completed before Christmas. The works have been ongoing since September 2021. The council has also begun to improve another main road, Avenida de La Legión, with the help of funds from the provincial authority, the Diputación de Málaga. It also hopes the work to restore the Torcal Theatre, which has been closed since before the pandemic, will be completed before the end of this legislature. This is costing over 500,000 euros, and the contract is due to be awarded by the end of the year.

In many parts of the Axarquía streets and public squares are currently undergoing improvement works with less than six months to go before the mayors and councils have to go to the polls on 28 May 2023. In general the aim is to improve the facilities which are used most by local people, and in many cases the local authorities are using funds such as those assigned by the provincial government for this purpose. It is notable that this year, in addition to projects to improve accessibility, many councils are determined to carry out measures which benefit the environment and reduce energy consumption such as changing to LED street lighting.