This is the world's largest cruise ship, the Wonder of the Seas, which will sail into Malaga on Saturday

The ship can carry up to 6,988 passengers and 2,300 crew, and is making her first stop in Spain after a transatlantic voyage with about 4,000 tourists on board

At 8 o’clock on Saturday morning, 30 April, the world’s biggest cruise ship, Royal Caribbean’s Wonder of the Seas, is due to arrive in Malaga port with about 4,000 passengers on board. This will be the ship's first stop in Europe - and Spain - after the end of her first transatlantic crossing, which began from Miami. She is scheduled to depart from the capital of the Costa del Sol at 6pm on the same day.

The Wonder of the Seas is 362 metres in length, which is the equivalent to three and a half football pitches, and 64 metres wide. There are 16 decks and she has the capacity to carry 6,988 passengers and over 2,300 crew. There are 20 restaurants and bars, four swimming pools, the highest waterslide on any ship, called ‘The Ultimate Abyss’, and a 10-metre-high zipwire. One deck is reserved for ‘exclusive clients’ with five-star cabins.

Not only is the Wonder of the Seas the biggest cruise ship in the world, but she is also considered the most innovative in terms of technology. 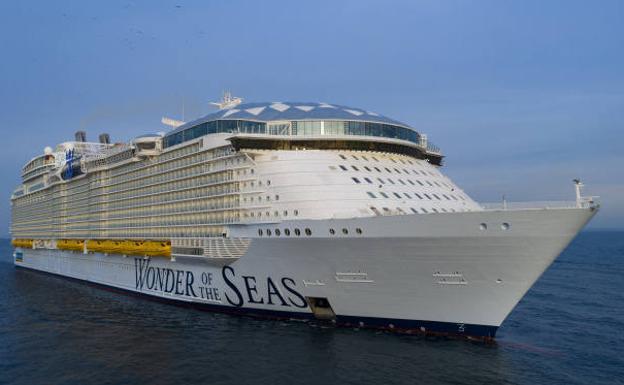 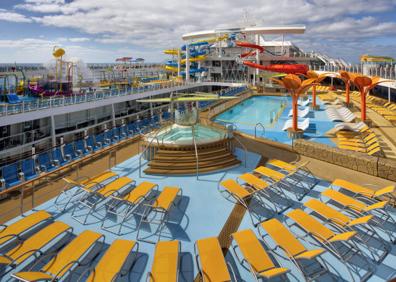 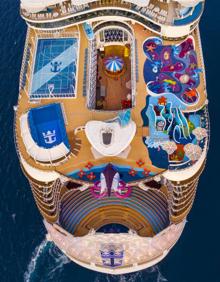 Wonder of the Seas / SUR

After leaving Malaga, the ship will head to her summer base in Barcelona, and is due back again on 30 October as one of the stops on a 15-day cruise to Orlando.

When the ship arrives in Malaga port, the traditional welcome and exchange of plaques will take place, and the city’s authorities will undoubtedly feel a sense of satisfaction that Malaga has been visited by all these new giants of the seas, and is consolidating its leading position in cruise tourism.