The project been in planning for the past four years / sur

The ambitious project includes underground public transport connection hubs, a tunnel to take traffic from one part of the city to another and opening up the Plaza de la Marina to the port

Malaga council is pressing ahead with its Plan Litoral, a project it has been planning during the past four years to improve intercity bus mobility and transform the heart of the city by connecting it directly with the port.

The size of the resulting urban changes became clear on Tuesday at a forum organised by SUR and City Hall, where images were shown of what the future bus stations under the station esplanade and the Plaza de la Marina will look like. These are the two major points of the Plan, together with the tunnel which will take traffic underground from Avenida Manuel Agustín Heredia to the Pablo Ruiz Picasso seafront promenade.

The present bus station in Paseo de los Tilos is to be moved underground to become a connection point with the metro, the high-speed AVE rail service and local trains. The other one, in Muelle de Heredia, will be moved altogether: it will be part of a transport interchange under the Plaza de la Marina and will be accessed from the traffic tunnel.

Malaga’s Infrastructure and Projects coordinator, Pablo Otaola, explained that the esplanade outside the station will be turned into a large pedestrian square and the changes in the city centre will free up 64,700 square metres of ground between the port, the Plaza de la Marina and the Parque. 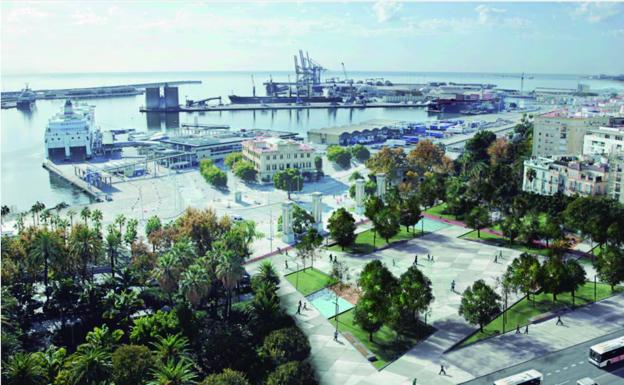 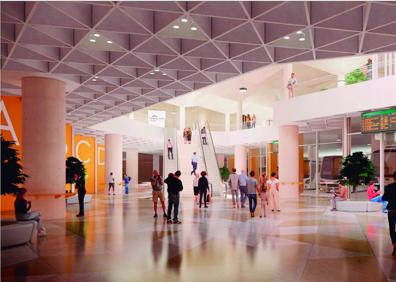 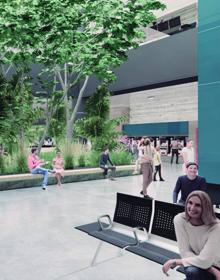 A new underground car park is planned there to replace the existing one under the Plaza de la Marina, and the council will soon be putting the project tender for the architectural design of the square at ground level, Otaola said.

The Plan Malaga Litoral is expected to cost 408 million euros, including five million euros to stop vehicles with the highest contamination levels from accessing the city centre and nearby area.

The council would be unable to finance this on its own, so EU funding will be needed, probably alongside private investment. The project should prevent 2,292 tonnes of CO2 being released into the atmosphere, generate 1,591 jobs in the four years once it is completed, result in a growth in gross added value of 36.7 million euros and yield a cost-benefit ration of 2.56. “The conclusion is that Malaga will be better with this Plan Litoral than without it,” Otaola said. 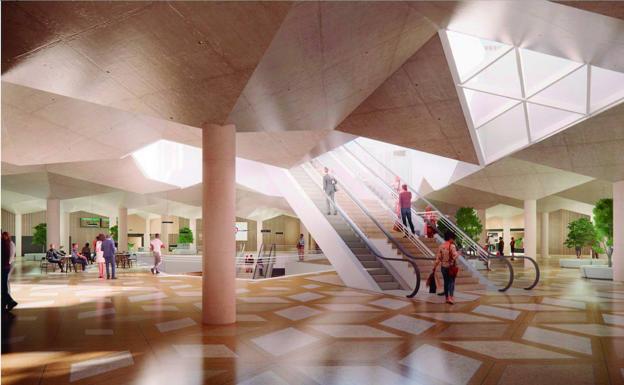 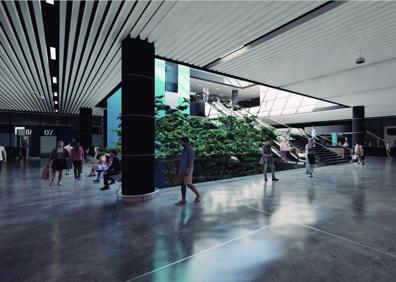 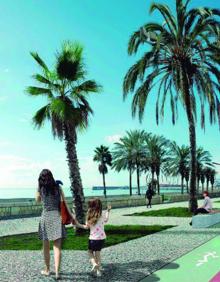 However, a study by Promalaga into the economic viability of the project has recognised the complexity in financial terms and the limitations posed by current state legislation with regard to the benefits that major companies can obtain if they decide to take part in executing and being involved in the Plan.

Specifically, Pablo Otaola referred to the 2015 De-indexation Law which limits the time that concessions can be granted for public works to 40 years. “Until that law is changed, it is going to be very difficult to carry out this type of project with private collaboration,” he admitted.