The ship suffered serious damage from the collision. / salvador salas

A shipyard in Malaga port has an unexpected job on its hands: repairing the 120-metre-long Panama-flagged cargo ship called Integrador which recently hit an islet head on and suffered serious damage.

The ship, which is used for carrying vehicles, was on her way from Italy to Spain when the collision took place. The impact completely destroyed her bulbous bow and caused severe damage to one side of the front upper deck.

She is now at the Mario López shipyard, and is one of the biggest repair jobs there so far this year. The company has a sister shipyard in Cadiz province, which repairs some of the biggest cargo ships in existence, but this one can be handled in Malaga.

The repair is going to need about 30,000 kilos of steel and will take at least a month. The final cost has not yet been estimated.

The bulbous bow is a protruberance which many cargo ships have at the front. It is not often seen because it is below the water, but is essential for a vessel’s hydrodynamic performance.

Mario López, the shipyard owner, says that now that the pandemic is easing many cargo ships are in need of repair and maintenance work as world freight trade picks up again. The case of the Integrador, however, is something very different. 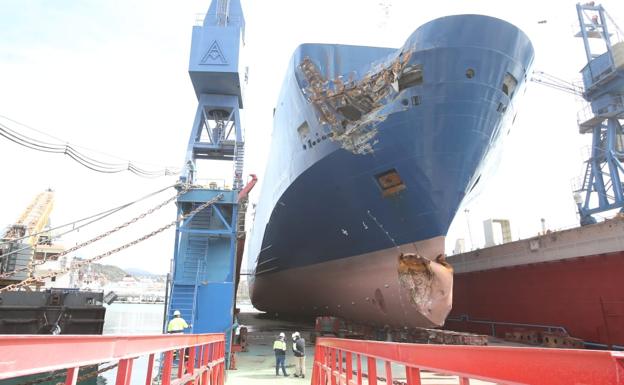 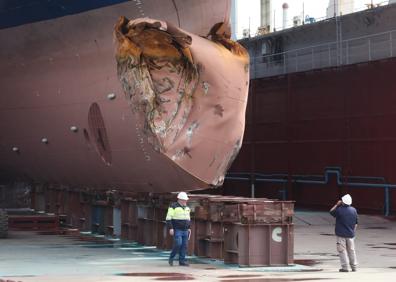 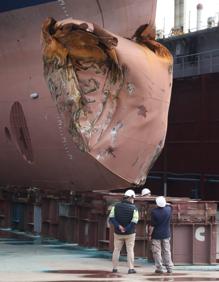