The presentation, this Wednesday evening, at Malaga's provincial authority, the Diputación, / MIGUE FERNÁNDEZ

The ceremony took place at the home of Malaga's provincial authority, the Diputación, and began with a video looking back at the life of the late Joan Hunt, founder of Cudeca.

It was almost a year ago that the Diputación and the Cudeca Foundation had discussions to reach a common goal: the Joan Hunt Awards, to recognise the contribution of the international community to make Malaga a better place to live and this evening that goal became a reality.

The current president of the Cudeca Foundation, Ricardo Urdiales, thanked the Diputación for hosting the ceremony and congratulated the winners. He also spoke fondly of his memories of Joan and her husband Fred.

Each of the prize winners was presented with a bunch of sunflowers, which is the flower that forms part of the Cudeca logo, as well as a silver sunflower award.

The first prize, the Joan Hunt Award for Culture went to Cuban musician Chucho Valdés, whose thank you speech was live streamed from Italy, where he we about to give a concert. Valdés described himself as “as Cuban as ‘Malagueño’” and spoke about the work he had done with Joan Hunt and Cudeca.

Second prize – The Joan Hunt ‘Sabor a Málaga’ award – went to Bodegas Bentomíz, a Dutch run company based in the Axarquía village of Sayalonga, for its contribution to the Malaga wine industry and introducing the local wines to an international audience.

Owner Clara Verheij said, “our contribution is a lot more humble than that of Joan Hunt but we believe that Malaga wines deserve recognition all over the world and that is our aspiration.”

The third prize – for communication – went to this newspaper, SUR in English. Accepting the award, editor Rachel Haynes paid tribute to Joan and the close collaboration over the years between SUR in English and Cudeca’s work. She also talked about the founders of the newspaper, Joan and Jerry Davis, and their pioneering project to start an English-speaking newspaper on the Costa de Sol 38 years ago.

Haynes went on to say that Joan Hunt was the perfect example of someone who “even though she didn’t speak the language perfectly, was still able to make a huge difference” to the lives of so many people in the place she adopted as home. 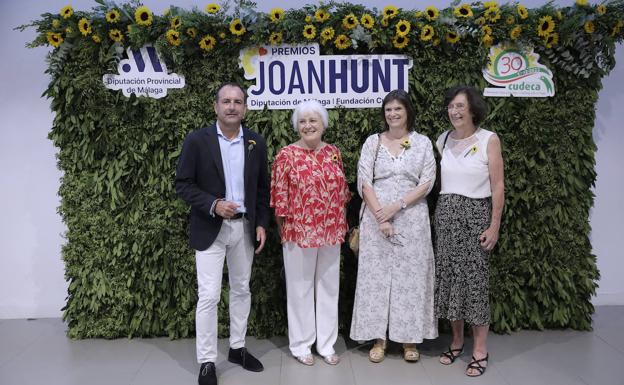 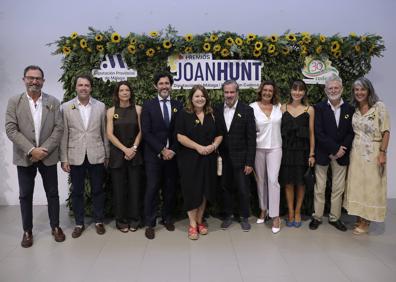 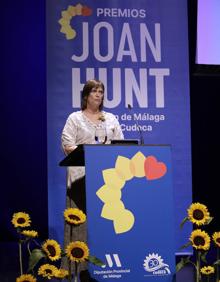 The fourth prize – the municipal initiative award - went to Canillas de Albaída town hall as an example of integration between Spanish and foreign residents. Mayor Jorge Martín Pérez said that he was picking up the prize on behalf of “all of the residents” for their work to put the village on the map and for the group of volunteers who work at the tourist information office to promote the area.

The fifth prize, for business development, went to the Antequera based Finnish terrace and balcony glazing firm Lumon, who have had a presence in Malaga for almost 30 years and the sixth prize, for diplomatic work, which to the British consulate in Malaga.

British Consul Charmaine Arbouin picked up the prize and thanked the authorities and NGOs based in the province for supporting the consulate in its work. “Without those organisations, including Cudeca, we couldn’t do the work that we do,” she said. 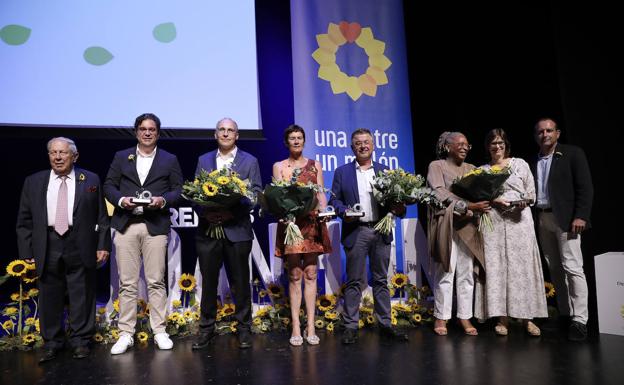 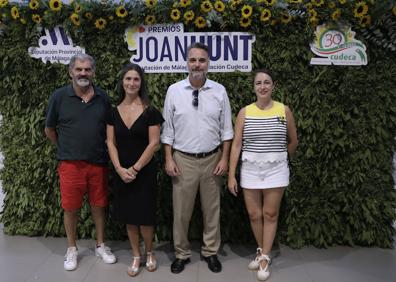 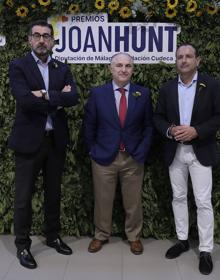 The seventh and final prize – for charity work - was awarded to the Indian scientist and billionaire businessman, Dr Yusuf Hamied, who is renowned for his pioneering work with AIDS patients.

On accepting the prize, which was presented by the president of the Diputación, Francisco Salado, Dr. Hamied said that he and Joan Hunt had “developed a deep bond” when they first met in 2010. Dr. Hamied has made an annual donation of 100,000 euros to Cudeca since 2010 and in April of this year, Cudeca officially opened its new Yusuf Hamied Research and Education Centre.

The ceremony finished with a speech from Salado in which he thanked the prize winners and the international community in Malaga in general for their work to help the city and the province progress.