Welter, Aráez and Guadamuro, and the poster for The House of the Dragon. / HBO / sur

Malaga-based companies Fresco, Modexpor and A Film Location reveal some of the secrets involved in filming The House of the Dragon, the first episode of which was shown on HBO Max on Monday

If there was one truly fascinating thing about the Game of Thrones series, it was the dragons. Now, in the prequel called The House of the Dragon, those winged fire-breathing creatures can be seen flying over Spain again, thanks in part to three Malaga-based companies which follow the orders of the Iron Throne: the Fresco Film production company, ModExpoR casting company and A Film Location, which as its name suggests, finds suitable locations for the filming.

“We are the three musketeers, because we have been with the series since they first came to Spain in 2015,” said Peter Welter Soler of Fresco Film, introducing his fellow swashbucklers, casting director Rafa Guadamuro of ModExpoR and location director Tate Aráez of A Film Location.

They have enjoyed even more autonomy with this series. “We have an extensive relationship with HBO and they are happy with our work so they have dispensed with the British supervisors now,” said Welter, whose company has also worked on two other Netflix series this summer, Black Mirror and Kaos.

The biggest challenge in filming

Like the other series, The House of the Dragon includes scenes with hundreds of extras, but Rafa Guadamuro explained that it has not been as chaotic as Game of Thrones, when thousands of people applied to take part. “As we had already filmed in Cáceres, we went through the database and used many of the extras who were in the original series,” he said.

“I couldn’t wait for Monday to come and I stayed up until 3am so I could watch the first episode,” Guadamuro admitted and, despite knowing all the secrets behind this production, he still finds it irresistible. Peter Welter agreed, saying that the plot of the prequel, a woman’s aspiration to accede to the Iron Throne, “is a very contemporary idea” and the production is of the same standard as the original series, although he recommends that people should not try to compare the two. 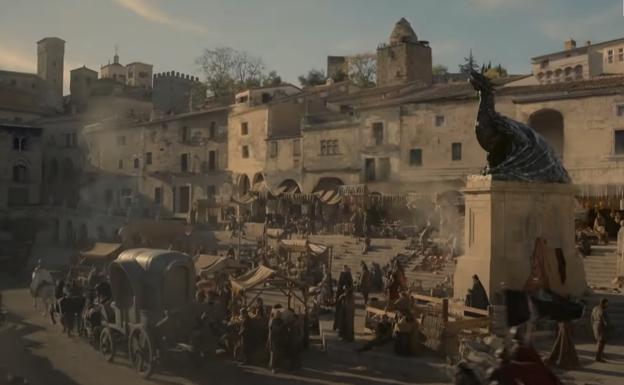 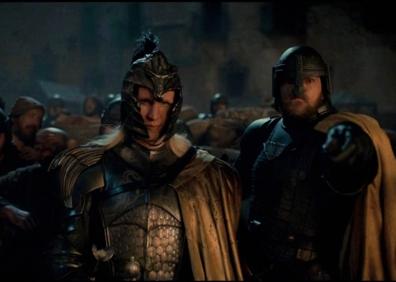 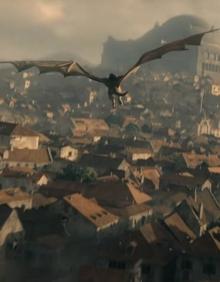 In the first image, the Extremadura town of Trujillo converted into King's Landing. In the following, the actor Matt Smith, in a sequence filmed in Cáceres. In the last one, a dragon over the city. / HBO

However, there are obviously some parallels and social media was buzzing on Monday about the character of Princess Rhaenyra Targaryen (played by Milly Alcock), who has inherited the position of the mythical mother of the dragons, Daenerys.

Peter Welter also explained that one of the biggest challenges for this new HBO title was filming the scenes at Monsanto castle, on the border between Portugal and Spain, because there was no vehicle access and all the cameras, generators, lights, decor, catering equipment and marquees had to be taken on foot or by helicopter. “In my 30 years in this profession, that was the greatest challenge,” he said. “Everyone had to walk up, even the stars,” agreed Guadamuro. Including the dragons, of course.