The state of some of the animals. / sur

Guardia Civil officers are investigating two separate cases of alleged animal cruelty in the towns of Pizarra and Alhaurín el Grande. One person has been arrested, so far

The Guardia Civil in Malaga have detained one man and are investigating another three people for alleged ill-treatment of animals in Pizarra and Alhaurín el Grande.

The first case was in Pizarra, where they found 22 dogs of different breeds, but mainly Podencos, and five goats, being kept in terrible conditions. The dogs were kept tied up and lacked food and water, so they were malnourished and extremely physically weak. In a statement, the Guardia Civil has said “the state of the dogs with regard to external parasites, especially ticks and fleas, was alarming and there was evidence that they had been infected by these for a long time”.

They also said the dogs were being fed sheep and goat carcasses, in contravention of the law, and this was also unacceptable because dogs can suffer illnesses if they are fed raw meat.

These premises were not classified as a farm or zoological centre and there was no domestic water supply, electricity or sanitation. There was documentation to show that three dogs had owners, but none for the others.

The goats were lame and none of them had identifying ear tags, so it was impossible that they were under any type of veterinary control.

Three people are being investigated in connection with this case. They are the owners of the dogs and are accused of ill-treating animals. The dogs have now been removed and taken to an animal welfare centre to recover. 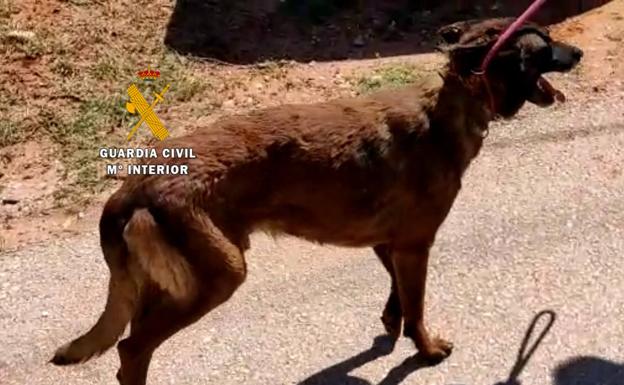 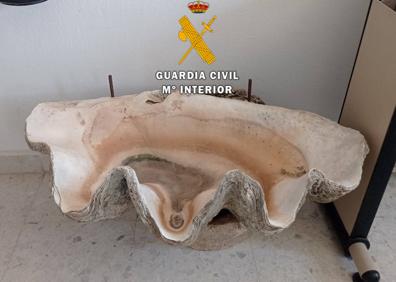 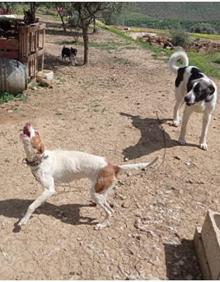 The Guardia Civil also investigated a second case after receiving several phone calls about two dogs in bad condition on a plot of land in Alhaurín el Grande. These were both Belgian Malinoise in an advanced state of emaciation and with numerous bleeding wounds from external parasites. One of them was also extremely lame. They were being kept in a building being used as a storeroom for construction materials which the officers said was very dangerous as there were numerous sharp objects and areas inside. The dogs had no water, despite the high temperatures at the time.

On another plot of land owned by the same person, and also containing construction materials, the officers found a Tridcana Gigas, a gigantic mollusc from the Pacific Ocean with a width of 75 centimetres, which had been attached to a cement base to make a type of washbasin. This is an internationally protected species and the person in question had no documentation to show that he was entitled to own it.

The owner of the property was arrested for ill-treating animals and an offence against Flora and Fauna.