You have possibly seen or heard them today, and you will continue to do so until Thursday, 10 November. They are six F-18 fighters from the Spanish Air Force, which are flying over the surroundings of Malaga Airport and the city’s bay.

SUR was invited to witness the arrival of the combat planes from the 12th Wing of Torrejón, which are participating in the Eagle Eye exercise, at the Air Base.

Colonel Francisco de Paz, head of the Malaga Air Base, defines it as an "activation", something different from manoeuvres. “It is the same sort of hunting mission that the aircraft are entrusted with 365 days a year, in the peninsula and the Canary Islands, which is to go out and monitor the airspace, when the radars detect some type of unidentified aircraft.” Malaga is a deployment base, so they can also be launched from here at any time. 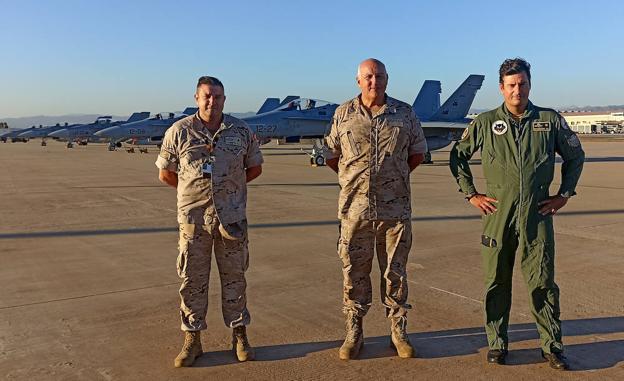 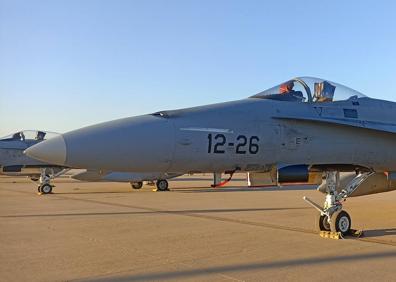 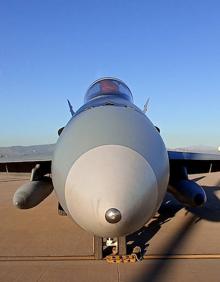 The planes, which have arrived today, are already lined up and ready to fly tomorrow. The person in charge of Wing 12, Commander Antonio Mancebo, said that the only thing that the public are going to notice is a little more noise than usual, because these planes are louder than commercial ones, especially when taking off and landing. For the rest of the time, the exercises will always be done over the sea, and only the minimum time necessary to land and take off will be flown over inhabited areas, given the proximity of the airport to the city centre. The planes will not be armed, so there is no risk. The exercises will simulate certain scenarios and responses to each of them, throughout the day, without set hours. For this, the commander clarifies that EF-18 aircraft are used, a model with an original American design, to which, under licence, Spain has made various modifications, especially in the 'software', to meet the capabilities established by the Ministry of Defence.

Aircraft crews will also be trained to 'scramble', which means that from the moment the Wing command receives the order to take off until the plane is in the air, less than 15 minutes must pass. "Normally, we are able to do it in about 10 minutes, with a first order of course and height, and once in the air is where they specify what the threat is."

Air Nostrum has been forced to cancel ten of its flights operations with Melilla, six connections with Malaga and four with Granada. The cancellations will run from Tuesday, 8 to Thursday, 10 November because of the temporary closure of airspace in the Mediterranean, the airline has reported.

In addition to the cancellations, the airline will also be forced to delay some of its flights during these three days, as they may also be affected by restrictions. Air Nostrum said it regrets the inconvenience that this may cause to passengers, who will be offered seats on alternative flights.