A bus service will connect the visitor centre with the entrance and exit of the walkway route, parts of which are suspended high above a gorge

Four years after its construction was finished, the Caminito del Rey visitor centre in Malaga provimce finally opened its doors after being officially inaugurated on Thursday 20 October by the president of the Junta de Andalucía, Juanma Moreno, the president of Malaga´s provincial authority, Francisco Salado, and the mayor of Ardales, Juan Alberto Naranjo, among others.

Constructed on a 25,000 square metre plot located next to the MA-5403 Ardales-El Chorro road it has 240 parking spaces and a viewpoint overlooking the Conde de Guadalhorce reservoir. In addition to providing information, its aim is to promote sustainable mobility through a bus that connects the 500 square metre space with the entrance and exit of the elevated walking route.

Designed by Luis Machuca, who also planned the walkway, it boasts an attractive, modern, wooden design. Although it was completed in 2018, and its opening was announced for the middle of that year, the pandemic and a change of management of the visitor attraction meant that it did not happen.

Located at kilometre point 5.5 on the road the centre has an information and customer service desk at the entrance with explanatory panels on the history of the Caminito and its restoration, as well as information on the flora, fauna and geology of the Desfiladero de los Gaitanes natural area, photographs and tourist information on the surrounding towns and villages. 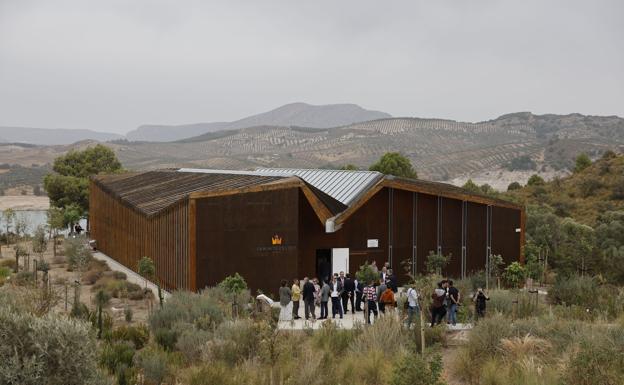 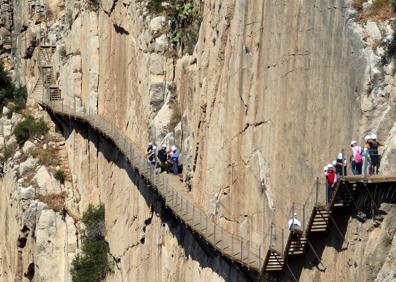 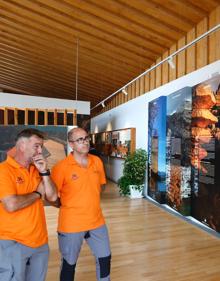 It also has three audiovisual screens: one showing the location of the walkways and the entire route in real time; another on the Caminito and the surrounding area; and another with weather information including temperature and wind speed.

Salado said that the bus that connects the entrance and exit of the Caminito will have a stop beside the centre, inviting visitors to leave their private vehicles here. The Malaga Cercanías train will also soon arrive at El Chorro station, which will increase the Caminito's connectivity with both the city and the rest of the Costa del Sol.

“This centre is a quality step towards the Caminito del Rey brand of excellence,” said Salado who stressed that more than 2.5 million visitors have walked along the Desfiladero de los Gaitanes since the walkway opened in 2015.

“It has become an international icon of the province of Malaga and Andalucía and a driving force for inland tourism. Practically half of its visitors are foreigners, and we have already counted more than a hundred different nationalities,” he added.

As for the impact it has had on the region, from 2016 until now, the number of tourist establishments has increased from 210 to 474, with 5,600 accommodation places. 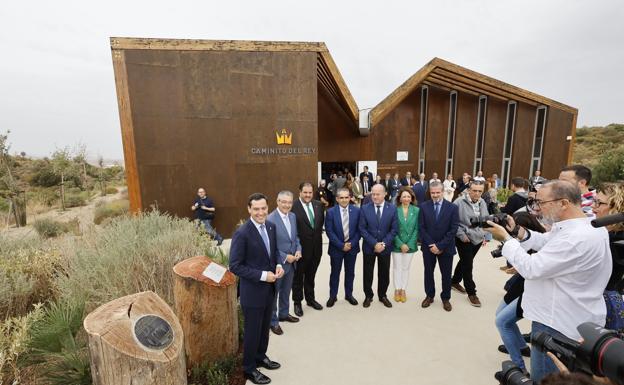 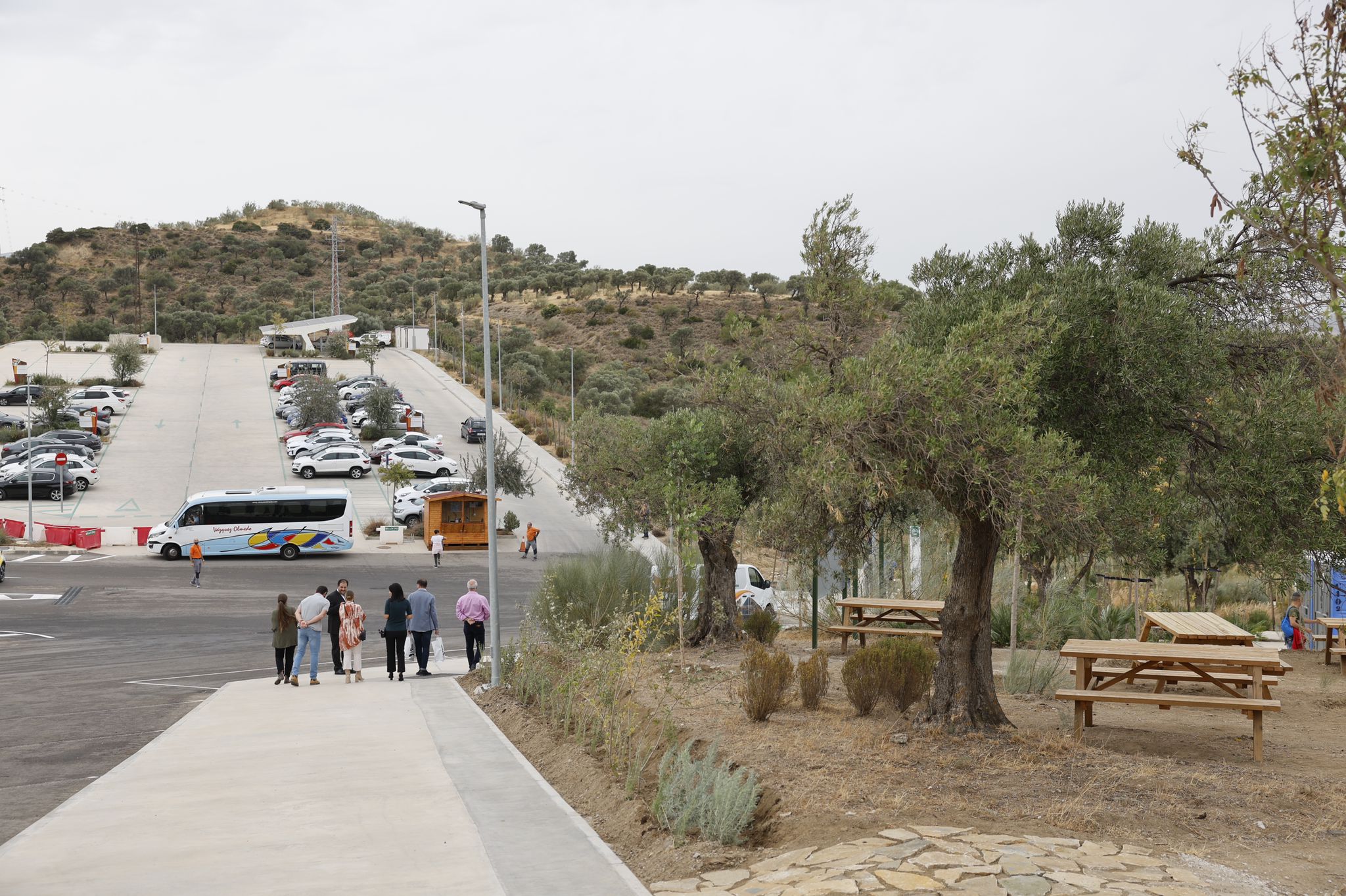 Every year, the Caminito del Rey generates an economic impact of around 25 million euros, which means a total of 175 million euros, contributing to the creation of around 550 jobs, according to data provided by Salado. Its popularity has also led to a huge increase in the number of tourist accommodations which have risen from 210 in 2016 to 474 now, with 5,600 beds.

Juanma Moreno, the President of the Junta de Andalucía, said that the Caminito del Rey “is an exemplary example of how to enhance the value of a first-class tourist resource. It is an example for the whole of Andalucía and Spain, preserving the natural and heritage values that make it unique”.

Moreno also underlined the role of the provincial authority in putting together a “powerful” candidacy to be presented to UNESCO as a World Heritage Site with “the institutional backing of the Junta de Andalucía”. The bid, endorsed by more than 21,100 people and entities, will focus on the importance of recognising the uniqueness of the surrounding industrial heritage, such as the original footbridges themselves, the railway station and the bridges and the Gaitanejo dam.

Moreno pointed out that the regional government is only responsible for 33 per cent of the Andalusian territory and that it has been “anticipating the drought situation for years” by implementing measures such as the two drought decrees that have allowed it to speed up key works to improve supply, costing 141 million euros, to have 33 more cubic hectometres of water.

He also called on the government, “which is responsible for the remaining 67 per cent of the Andalusian territory, to speed up the emergency works and try to alleviate the serious situation”.