The house on Calle Sierra / SUR

El Ratón Pérez, the mouse who is Spain’s equivalent to the tooth fairy, now has a home in the village of Moclinejo in the Axarquía. The entire property takes up less space than a shoebox, but has all the mod-cons that a little mouse might need to feel at home.

The initiative came two years ago from local artist Chari Ruiz, who loves working in miniature, when she had the idea of adding another attraction to the already artistic village. With the support of enthusiastic friends and neighbours, this summer she has made this tiny home a reality.

Ruiz also got the support of Moclinejo town hall who found a Chari a small space in Calle Sierra and the house is well signposted. The place chosen for the house is no coincidence, as from there the mouse has a network of tunnels at his disposal to get into homes to collect the teeth of the children of Moclinejo.

The house is fully furnished and equipped with all kinds of household goods and even typical features from the village. Besides having a rocking chair, a mirror, toothbrushes and a cupboard for crockery, it has local wines (Zumbral, Viña Axarquía and Lagar de Cabrera, from the village’s Bodegas Dimobe winery) and a copy of the book 'Moclinejo, raisin route, which explains the village’s history associated with the grape harvest and its celebrated wines. Other surprising details are a score of the pasodoble 'Moclinejo', by Carlos Rodríguez and a replica mural of the Rambla de las Flores, painted by Eva Vázquez. 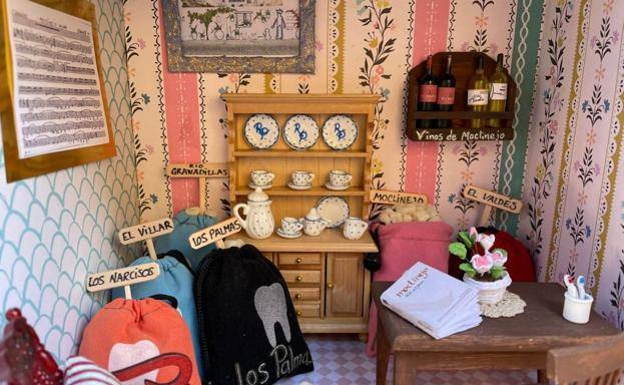 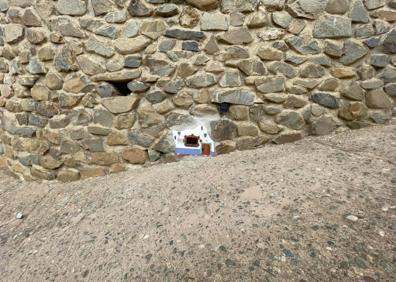 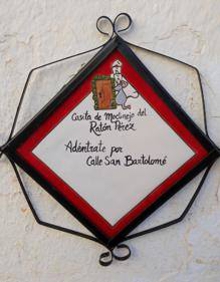 Inside the house, the exterior on Calle Sierra and a sign on the door / SUR

The interior can be seen from the outside through a glazed window which has natural light and when it gets dark, the interior is illuminated thanks to the fact that the mouse has opted for solar energy.

It is thought that spotting El Ratón Pérez at home will be very unlikely as he will of course be busy collecting teeth. In a statement he has made it clear that teeth should not be taken to the house and that he will continue to pick them up every night as long as they are left under the pillow, in exchange for a coin or a gift, as always.

The new house has already attracted a number of visitors to the village which is on the Axarquía’s Ruta de la Pasa (raisin route) and there are rumours that The Vain Little Mouse is also thinking of setting up home in the village. Ruiz has said that she will be on hand to design another house if she chooses to move in.

The village of Moclinejo in the Axarquía / SUR