The storm which has been battering the Costa del Sol since Monday, 4 April, has caused extensive damage in the Axarquia. The waves have reached the promenades of Torrox, Algarrobo, Vélez-Málaga and Rincón de la Victoria, hitting numerous beach bars and washing away installations including showers, litter bins, parasols, sun loungers and children's playgrounds.

Already being referred to as the worst storm to hit the Costa del Sol in four decades, the storm has brought strong winds from the east.

Galería. Picture roundup of the storm damage to the Costa del Sol's beaches

In Nerja the worst of the damage was seen on the beaches of El Chucho, La Torrecilla and El Playazo. In Torrox, El Peñoncillo and Ferrara once again bore the brunt of the damage. However, the storm has been most noticeable along the 22 kilometres of the Vélez-Málaga coastline; in Caleta de Vélez the waves have washed away two beach bars and in Torre del Mar promenade around one hundred workers are working to remove the sand that has been swept onto the promenade. Rincón de la Victoria has also seen extensive damage along its beach.

Vélez-Málaga’s councillor for tourism and beaches, Jesús Pérez Atencia, has today (Tuesday 5 April) announced that various measures will be taken to alleviate the effects of the storm. "Tractors have been working to ensure that the sea water doesn’t cause flooding and this has been and continues to be our main priority today," he said.

He went on to say that the town hall is “going to ask for a contingency fund to help us to combat such important and high-impact damage which, on the eve of Easter, complicates the situation even more.” 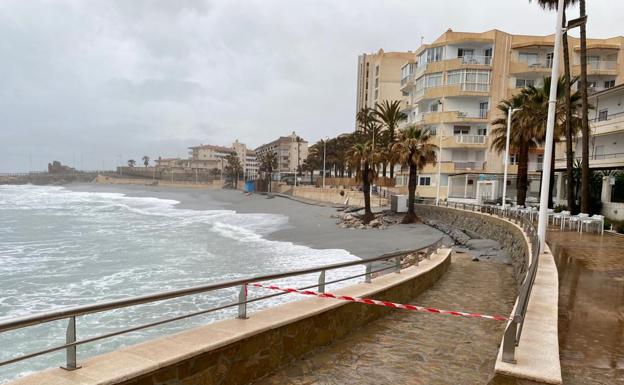 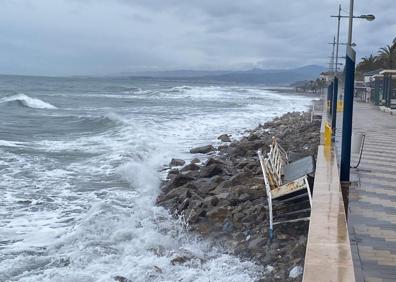 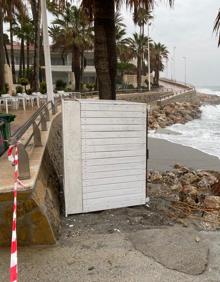