Forty years ago, one of the most successful Spanish TV series ever, Verano Azul, was broadcast on La Primera Cadena of Televisión Española. In Nerja there are monuments, parks and streets devoted to the show that even prompted some foreigners to move to the Costa del Sol

Verano Azul was shot in Nerja at the very beginning of the 80s and its production was part of the collective memory for a whole generation of those who grew up in the resort. The main characters 'came' to houses every Sunday from 1981 to 1982. 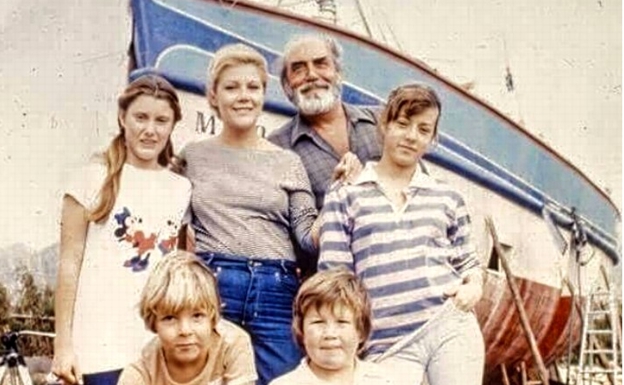 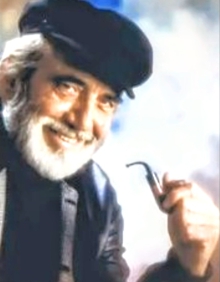 Throughout the 19 episodes, a bunch of youngsters with ages ranging from eight to 16, met two adults in Nerja with whom they shared many new experiences, including ethical values family relationships and the right to protest. The adult characters were painter Julia and Chanquete, a wise and lovable retired sailor who lived in a boat set on a hilltop. Incidentally, it is believed that the character of Chanquete was loosely based on Santiago, the old fisherman of Ernest Hemingway's The Old Man and the Sea. He passed away in 2000. María Garralón who played the role of Julia, is often compared with the famous British actress Judi Dench and is still active in both the theatre and films.

In Nerja there are monuments, parks and streets devoted to Verano Azul

When Verano Azul was first aired in 1982, it was a success with an estimated peak audience of 20 million viewers out of the then country's population of 38 million. Since then it has been re-run many times on different Spanish TV channels and even sold to many other countries. The TV series was aired in Portugal and all over South America as well as in France and Angola. Moreover, Verano Azul was able to break through the Iron Curtain as the Spanish series was broadcast in Eastern European countries - Yugoslavia, Bulgaria, Poland and Czechoslovakia.

For Socialist countries' citizens, Verano Azul was revolutionary. Some of the most serious adolescence-related problems had never before been aired under the socialist regime. The key topics such as hippie philosophy, parents' divorce and the death of a close friend, were very unusual.

It appears Verano Azul was especially popular with Bulgarian children. It is thought the initiative of the children resulted in naming one of the streets in Sofia after the series - 'Синьо лято' ('Blue Summer'). Anton from Bratislava, who lives in Nerja remembers that for him, Verano Azul became a sort of fairy-tale. “Slovakia is situated in the very centre of the continent and does not have any sea. At that time we could not afford to spend holidays at the beach. When I saw Verano Azul for the first time I thought it was incredible. I guess that impression from my childhood haunted me and in the end I came to the place where all the adventures happened. I've now lived on the Costa del Sol for seven years” Anton said.

Therese from Norway was able to observe the shooting of Verano Azul. She used to spend her school holidays with her parents in Almuñecar. Therese remembers them shooting the series that was also filmed in Motril and Almuñecar of the neighbouring Costa Tropical. Shel even managed to be involved as an extra. When Therese became older and had enough money, she bought a small house in Nerja and fondly remembers that period of her childhood.

Lots of memories are recalled in Nerja nowadays through the 'Verano Azul' park-museum, where the famous Chanquete boat (a replica made by the Tourist Council) was placed as a monument. A statue of 'Chanquete' himself overlooking Calahonda Beach was erected next to the Balcon de Europa Nerja. Additionally, there are streets in Nerja named after each one of the main characters and members of the cast of the series.

'Verano Azul' is not 'Blue Summer'

Verano Azul means Blue Summer, and thus some sources translate this Spanish series as 'Blue Summer'. However, it can confuse those English-speakers who a watched an American movie of the same name many years ago. This film of Chuck Vincent (screenwriter and director) was made in 1973 and was also about teenagers' holidays, but revolves around a couple of 'dudes' that pack a van, The Meat Truck, filled it with beer and went on a road trip in search of sexual adventures. Boston-born Trevor remembers Blue Summer: “In the beginning of the 70s both free love and driving under the influence were trendy. At the end of the 70s, Spain, released from the Franco regime’s conservativism, was strongly exposed to sexual imagery, previously considered a taboo.

Verano Azul managed to be a romantic story, quite different from the cynical American version Blue Summer

However, Verano Azul managed to be a romantic story, quite different from the cynical American version. The good thing is that the main characters in the end of Blue Summer realized that the freedom of the open road is not all that it is cracked up to be. I would suspect, that the American moody sex comedy is already forgotten and Verano Azul is still remembered, and I am sure it will remain as one of the pillars of touristic Nerja attraction”, Trevor adds.