Aleksey starts every day by watering his orchids. / A. M. S.

The 'Orchid House' of Torremolinos, the largest private collection on the Costa del Sol

Aleksey Tyshchenko, an orchid lover and enthusiast, has turned his home in Torremolinos into a sanctuary for the flowers. His 'Orchid House' comes alive in April when the flowers begin to bloom.

Orchids are one of the two largest families of flowering plants, with over 22,000 recognised species. Aleksey's passion developed when he moved into the Torremolinos apartment eight years ago, and it now houses the largest private collection on the Costa del Sol, with several hundred plants from 200 species. The only other such space on the Costa del Sol is Estepona's well known Orchidarium, the largest in Europe, which boasts over 4,000 different species.

Aleksey has built a greenhouse on his terrace to maintain optimal growing conditions, and is always looking to expand his collection and purchase new unusual plants from collectors abroad. Over the years he has become quite the expert, understanding everything about orchids' aromas and blooming habits.

The Torremolinos enthusiast, who knows the scientific names of every one of his orchids, explains that Charles Darwin studied the plants extensively and wrote a book on them 160 years ago.

Charles Darwin's book about orchids was published 160 years ago

“It isn't very well known that Charles Darwin spent a considerable amount of time studying the complex mechanisms orchids have developed to achieve cross-pollination. His research led to the book, 'On the Various Contrivances by which British and Foreign Orchids are Fertilised by Insects, and on the Good Effects of Intercrossing', published on 15 May 1862. Given the long title, it is now known by most orchid lovers as 'Fertilisation of Orchids'," says Aleksey.

Darwin began studying orchids in England, and was amazed by the wide variety of orchid colours and shapes growing not far from Kent. His observations and field experiments led to the conclusion that orchids, unlike self-pollinating plants, relied on insects for pollination.

After examining a Madagascan orchid, the English scientist concluded that this orchid's nectar must be drunk by a moth with a very long proboscis. About two decades after his death, the moth (Morgan's sphinx moth) was indeed discovered in Madagascar.

Orchids from the world

Aleksey tells SUR in English, “The orchids on my terrace come from all over the world, from Indonesia to Mexico. Different types have different care requirements - they can be very delicate! The real secret to growing any orchids though is ensuring that they have adequate water, light and air."

Aleksey shares his experiences and advice about orchid cultivation on Facebook and Instagram, and has gained widespread recognition from orchid growers, enthusiasts, and botanical gardens on the Costa. 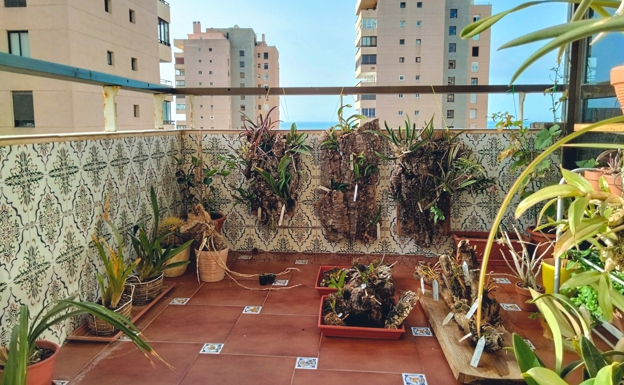 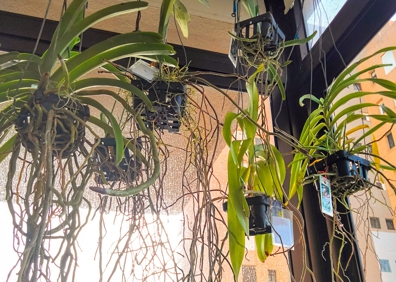 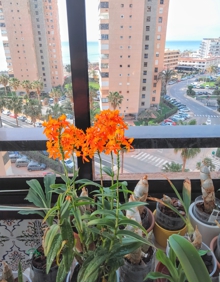 “Speaking frankly, the flowers have helped me in my personal development. Thanks to the orchids, I have become more responsible, disciplined and patient. My flowers motivate me to work more so that I can afford everything they need, such as a 200ml bottle of care product which costs 50 euro. I need to build installations from cork bark which helps them to grow, and every morning I get up early to water them and check all my hygrometers,” Aleksey says.

"My orchids make me feel calm and peaceful, something that I really need now as I watch the news and see the war unfolding in my home country, Ukraine."

"Some orchids only bloom for a day, while others stay in bloom for several months. Most then need a couple of years to recover before blooming again. April is the happiest month for me, because that's when orchids wake up after their long winter sleep," explains Aleksey.

He adds, "Dostoevsky once said that 'Beauty will save the world'. I really hope so. My orchids make me feel calm and peaceful, something that I really need now as I watch the news and see the war unfolding in my home country, Ukraine." 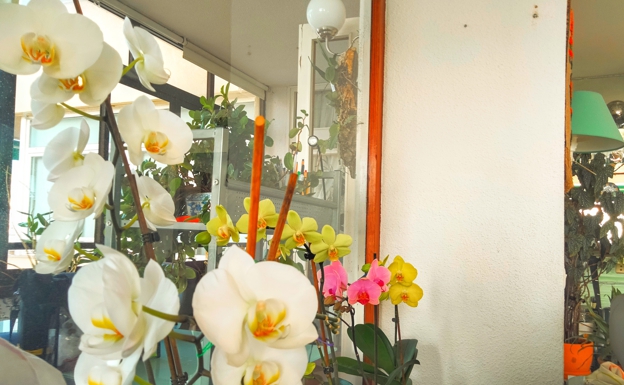 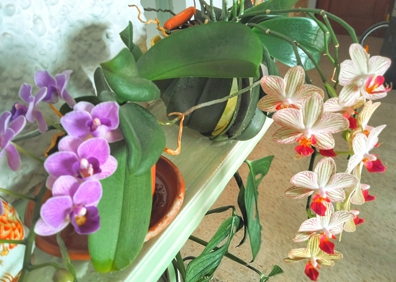 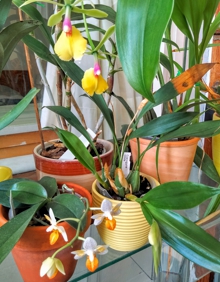