Night-bathing is a tradition in other cultures too. / SUR

The magical night that draws crowds to the beaches, is celebrated on the Costa del Sol by non-Spaniards as well, though with some unusual differences

St John, whose feast day is 24 June, is celebrated in Spain with mass gatherings on beaches the previous night. Anyone preferring a less crowded event could follow the example of some foreign residents on the Costa del Sol.

Here three residents: Violetta Ustych of Ukraine, Jan Ekman of Sweden and Alla Rafelsone of Latvia tell of their own "San Juan" traditions. 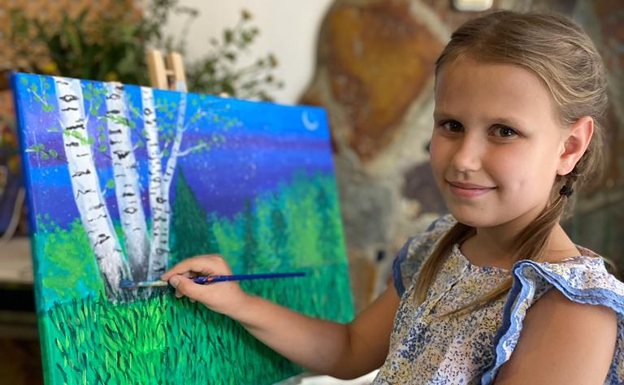 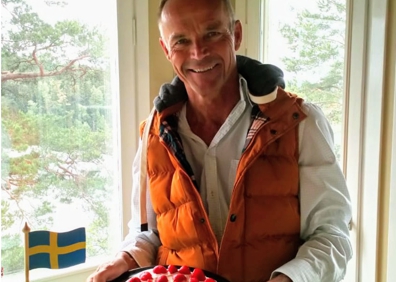 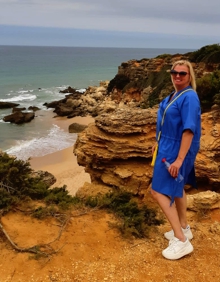 "Everything that happens on the Costa del Sol on the night of St John reminds me of our Ukrainian magical night of Ivana-Kupala, which also marks John the Baptist's birthday. The holidays of the Orthodox Church, however, are tied to the Julian calendar. So St John's falls around two weeks later than in the West. That's why this pagan ritual is celebrated across Ukraine on 7 July, and it also originally marked the day of the summer solstice. The celebrations still include beliefs referring to mythology."

"The mythical fern flower brings fortune to anyone who finds it. I so wish I could find it because fortune for Ukraine is nowadays peace"

"This holiday is all about plants and flowers, which for that night become herbal remedies. I transform my fantasies on paper because I like painting, especially forests and meadows with lots of flowers and shrubs. Traditionally, in Ukraine couples are encouraged to disappear into the forest to look for a mythical fern flower, known in Spanish as 'helecho'. I know there are a lot of them in Galicia but you can also find fern in Andalucía, or rather, in Cadiz province. According to the myth, this flower blooms for only one moment on the eve of the summer solstice. If you have time to break it when it happens, then you acquire extraordinary abilities. For example, in some tales, it allows animals to understand speech. In general, the mythical fern flower brings fortune to the person who finds it. I so wish I could find it because fortune for Ukraine is nowadays peace. So far I paint peace in Ukraine in my pictures."

"The arrival of summer is a big deal throughout the Nordic countries. In Sweden, so-called Midsummer's Eve is one of the most important days of the year with its festive spirit and, in comparison to San Juan, celebrated in a family environment. Traditionally, Midsummer in Sweden was also celebrated on 24 June, the feast day of St John the Baptist. However, since 1952, according to the decision of the parliament, the date of Midsummer is flexible, a Friday between 19 June and 25 June."

"Since 1952, according to the decision of Sweden's parliament, the date of Midsummer is flexible, a Friday between 19 June and 25 June"

"The main symbol of the feast - the pole - is erected in a yard or a garden by men and decorated with greenery and flowers by women. Regardless of our age, we hop and sing around the pole, and after all the exercise we enjoy tables full of food.

"The meal starts with pickled herring with a vinegary flavour or in a mustard sauce which it is always possible to buy at Ikea. Actually, apart from the herring, all other typical ingredients for this holiday meal can be bought at any local supermarket. New - smaller and fresher - potatoes with butter and dill are a must. Dill is known here as 'eneldo' but not liked a lot by Spaniards. Beloved by Andalusians, salmon could be a good alternative to the pickled herring which people usually detest when they try it. We prefer salmon grilled or cured. The cured salmon at Mercadona tastes quite Swedish. There, I buy crispy bread imported from Sweden.

"As for sweet dishes, strawberry with whipped cream or a strawberry cake are traditional desserts. In Andalucía the strawberry harvest finishes in the middle of June. In Sweden strawberries ripen just around St John's. In the evening it is the turn of the barbecue. The continual eating is interrupted by screaming 'Skål' when we raise our glasses of snaps - Swedish flavoured spirit. This drink might be substituted with the local Malaga drink with anisette, Mistela de Arriate."

"In Latvia, the Night of St John and its following day are known as Līgo Day and Jāņi Day. It is one of the oldest, romanticised and most widely celebrated holidays in the Baltics. The night from 23 to 24 June is supposed to be sleepless. They say the magic rituals can help you get in touch with your soul and better understand things that are happening around you. Jāņi is originally celebrated in honour of a Latvian pagan deity Yahnis. The non-stop festival includes folk dancing in traditional costumes, as well as ring dances and games for people of all ages to join."

"It is still believed that on Jāņi magic energy is condensed in water as well. According to the tradition, men and women are supposed to strip naked and jump into a nearby lake or river. I know that in Spain water symbolises healing too. The Spanish are convinced that bathing at midnight of San Juan can be beneficial for skin complaints. Therefore, on this night, in some areas, people bathe in the sea. I love night-bathing because it is both exciting and romantic, and sort of meditative if it is in silence, on less overcrowded beaches."